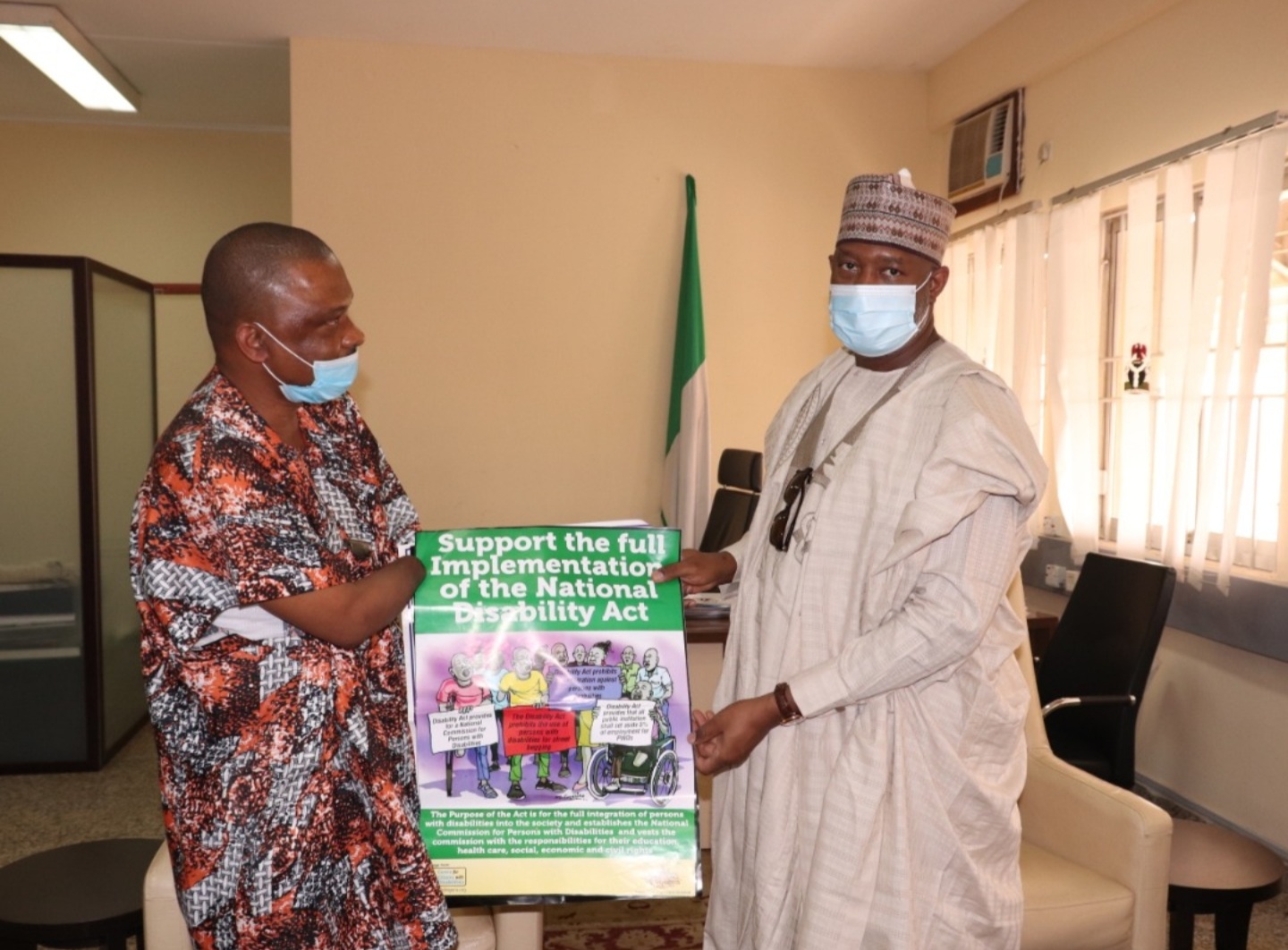 … Promises to Make Airports Friendly For Persons Living With Disabilities
..
Minister of Aviation, Senator Hadi Sirika has promised to ensure that the persons with disabilities are accorded all rights and support at the nation airports in accordance with the provisions of Discrimination Against Persons with Disabilities Act.

The Minister gave the assurance when the Executive Director, Centre for Citizen with Disabilities, David Ayaele and his team paid him a courtesy visit in his office.

A statement by the Director of Public Affairs Ministry of Aviation Dr James Odaudu quotes the Minister as further directing all airline operators in Nigeria to ensure that persons with disabilities are accorded all rights and support in the course of their travels.

Responding to a request by the group to ensure adequate employment of physically challenged persons,
Sirika told the team that he was sure that the mandatory 5% employment quota enshrined in the Disability Act has been surpassed, as the Ministry and its agencies do not have any record of discrimination against people with disabilities.

Ayaele urged the Hon Minister to speedily investigate the increasing human rights violations against citizen with disabilities by airlines operators in Nigeria with view of bringing perpetrators to book and elimination of all forms of violence against such persons at the nation’s airport.

He equally appealed to the Minister to ensure that in accordance with Act, all airlines operating in Nigeria ensure the accessibility of their aircraft to persons with disabilities by making available presentable and functional wheelchairs for the conveyance of persons with disabilities to facilitate their movement to and from the aircraft and ensure that disable persons are accorded priority while boarding and disembarking from aircraft.

The Executive Director also appealed to the Minister to ensure implementation of the 5% employment recommendation in the Disability Act is implemented in the Ministry and its agencies.