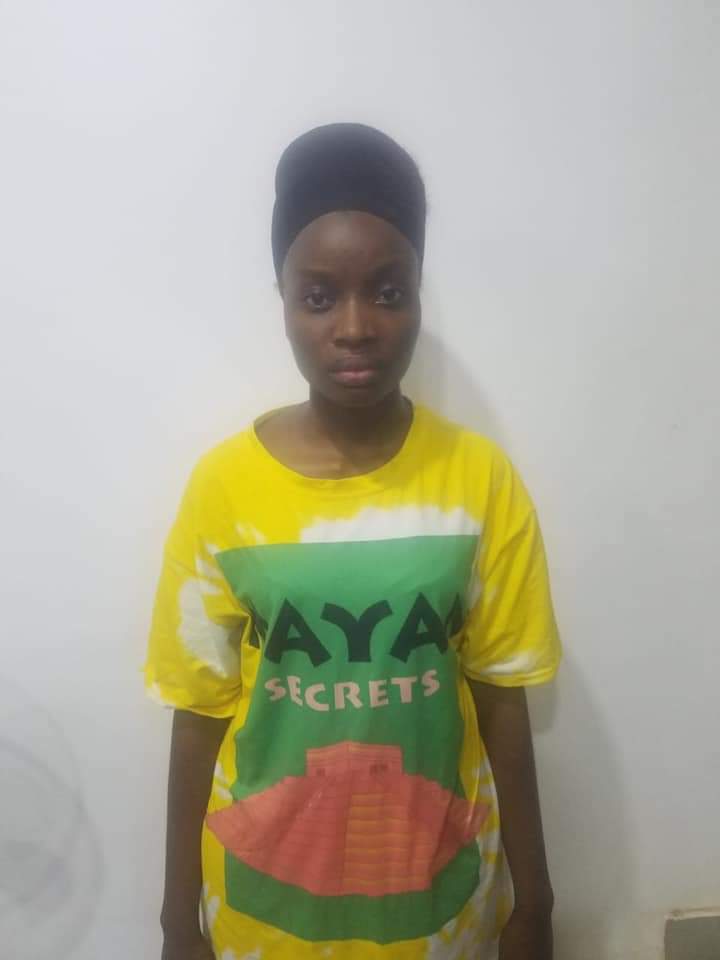 Operatives of the Nigeria Police Force, working with the Military and other security forces, have arrested one 22-year-old female suspect, Gloria Okolie, for her complicity in the series of deliberate and well-coordinated attacks on security formations, other critical national infrastructure including INEC offices and killing of security operatives in the South-Eastern part of the country.

A statement by the Deputy Force Public Relations Officer of the Nigerian Police Force, Chief Supritendent of Police  Aremu Adeniran said the suspect, a native of Umutanza in Imo State, was arrested following ongoing investigations and implementation of special operation, Operation Restore Peace, to amongst other things, break the information, drugs and arms supply chain to the outlawed Indigenous People of Biafra (IPOB) and its armed wing, the Eastern Security Network in the South-East region.

“Police Investigations revealed that Gloria Okolie is a member of IPOB/ESN in Imo State who worked closely with one Benjamin Uzoma Emojiri a.k.a “Onye Army”, one of the ESN commanders earlier declared wanted by the Police for his lead roles in planning, coordinating and executing the attack on the Imo State Police Command Headquarters and Imo State Headquarters of the Nigerian Correctional Service. Her arrest and the revelations from her confession, assisted the Police in the arrest of “Onye Army”, a major breakthrough in the quest to restoring law and order in the South-East region”.

“Further investigations by the Police team revealed that Gloria Okolie takes advantage of her gender and seemingly innocuous looks as camouflage to carry out espionage against military and police targets on behalf of IPOB/ESN. The suspect also serves as an intermediate person, who receives cash, drugs and weapons on behalf of IPOB/ESN and deliver same to their commanders in their camps. Through her clandestine criminal activities, she actively aided and abetted the multiple acts of murder, arson and malicious damage to both private and public property by the ESN. A lot of the deadly and unfortunate attacks on security personnel and assets, with numerous fatalities, have the imprimaturs of Gloria Okolie, the spy girl of ESN militants. Investigation is being concluded to enable the Police arraign her in court for prosecution”.

“The Inspector General of Police, IGP Usman Alkali Baba, while commending security operatives for the unrelenting fight against violent crimes in the country, assured citizens of the commitment of the Force to improving public safety and security and upholding law and order in the country”, the statement concluded. 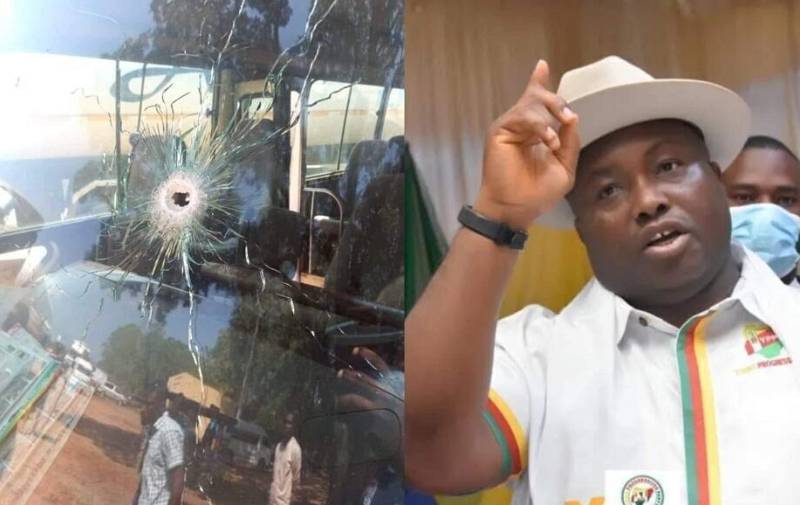 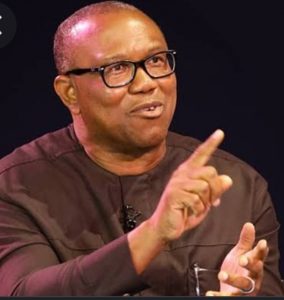 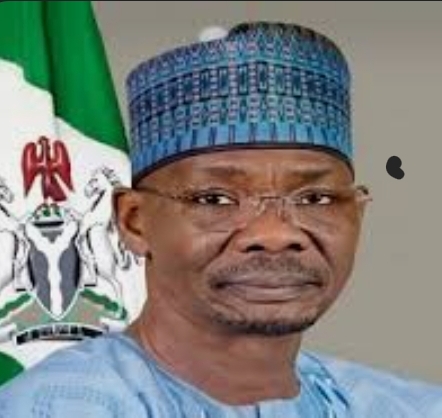 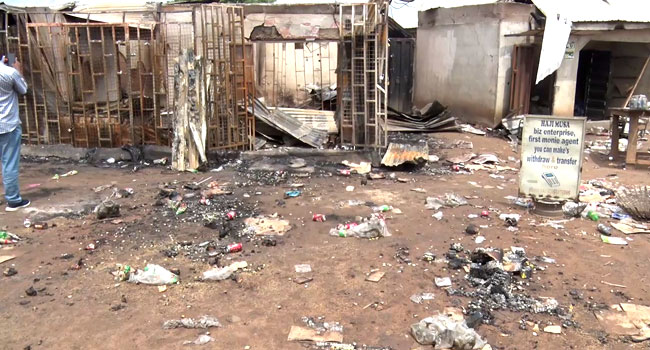 The Attah Igala and President, Kogi state traditional council, HRM Matthew Alaji Opaluwa has called on the displaced people of Bagana communities in Omala Local Government Area of the state to return home as necessary measures have been put in place to ensure their safety.

The Monarch, gave the assurance in a meeting held recently in his palace at Idah with some royal fathers from Kogi East in a bid to permanently resolve the crisis.

The royal father, expressed his unhappiness at the failure of Onu Otutubatu, Chief Salifu Anyebe to build his palace at the tomb of Abutu -Aje, the progenitor of Attah Igalas. 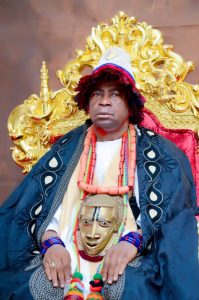 He added that the absence of the palace at the shrine has made the gods/ ancestors to be angry with the land.

Meanwhile he had directed the relocation of Onu Otutubatu and Ihankpe Palaces from Bagana to their respective domains, the District Head of Bagana, Alih Haruna should return home to provide leadership for the people, even as chief Salifu Anyebe should mend fences with Onu Ife, HRH Boniface Musa, for peace to reign.

He promised to visit the shrine soonest as part of the ascendancy rites.

He , however, sound note of warning to the Agatu Militias from Benue state who are allegedly terrorising the people of Bagana and its environs to desist, saying their continued attack on the people would amount to the declaration of war against Igala people.

While disclosing the commitment of His Royal Majesty to the peace process, the Ojogba of Ife , Hrh Boniface Musa assured that the latest intervention by Attah Igala is capable of returning lasting peace and security to the Communities.

He said, Onu Otutubatu had informed him of his inability to meet up with the proceedings.

According to him” the vehicle he, Onu Otutubatu was traveling in broke down at Abaji in Abuja and all efforts to fix it on time failed.

He explained that Onu Otutubatu will not be able to send representatives to the meeting but pledge to abide by the resolution of the meeting.

Meanwhile, the stakeholders in attendance, agreed to adhere to the terms and conditions of the resolution.

Recall that the Bagana Crisis which started in 2012 as Fulani Herders and farmers clashes, snowballed into tribal and clannish cleansing that has reduced the communities to rubbles, with heavy humanitarian crisis.

Successive administrations from Gov. Ibrahim Idris, Idris Wada and the present administration of Alhaji Yahaya Bello have directed the Onu Otutubatu, Salifu Anyebe and Onu Ihankpe clan , to relocate their palaces from Bagana to their domains as part of measures to end the crisis.

However, the directives have not been met with concomitant sanctions.

In his contribution , the Ogohi Akpacha, who is also a member of the Local Government 11 man Committee on the crisis noted that, Onu Otutubatu has not been consistent with the peace process.

He added that his failure to attend the meeting was affront to the constituted authority, alleging that his actions have constituted a clog in ending the violence.

Also, the acting Aidu of Ogodu, chief Adejoh Adams reminded the gathering of similar directives by Kogi state Governor Alhaji Yahaya Bello through the ministry of Local Government and Chieftaincy Affairs which he ignored without sanctions.

He urged the Attah Igala to take proactive measure to ensure that his directive is implemented forthwith.

He called on the warring parties to sheath their swords in the interest of people to enable the displaced to return home to pick up their ruined livelihoods.

In a remark, the Ega onu ife and District Head of Bagana, Chief Alih Haruna , whose palace was razed down in the wake of the crisis appealed to Attah Igala to invoke appropriate sanctions on those frustrating peace of the area.

They urged them not to stop at the mere dishing out directives but to enforce it no matter whose ox is gored to restored peace to the embattled Communities.

They assured the Royal Fathers of their unalloyed commitment to the peace process and are eager to return to their ancestral homes to rebuild their properties.

Reacting to the latest efforts to bring peace to the area, a prominent indigine of the area, Dr James Odaudu commended the Igala paramount ruler for taking the bull by the horns to ensure the return of peace to Bagana and its environs.

Odaudu said the latest directive by the Attah Igala for the two warring traditional rulers of Otutubatu and Ihankpe to relocate their palaces from Bagana to their domains will bring lasting solutions to the crisis, but however appealed to the authorities to ensure that the directive is implemented forthwith.

He also commended the Onu Ife, HRH Boniface Musa for his commitment to ensuring that lasting peace is entrenched in Ife land, while also urging the traditional rulers of Otutubatu and Ihankpe to re-commit themselves to the restoration of harmony amongst their people, as that is the only way to attract development to their domains.