In his remarks, the chairman of the occasion, himself an alumnus of the University of Jos; Prof Agbo Madaki, urged members to get involved in UJAA activities at the Chapter level and also support the Exco to attain lofty heights as the university has honed their innate skills to become men and women of influence in the society.

Madaki also called on well-to-do UJAA members to assist upcoming members at finding their feet in society, stating that social networking is also key to bridging and levelling social and interpersonal gaps.

UJAA National President, Pastor Sani Nuhu, in his remark said apart from supporting their Alma Mater, their priority was to construct and commission the UJAA Alumni Center. He said about 300 million naira was needed to complete phase 1 of the project. He thanked the Benue branch of UJAA for successfully hosting the event and expressed joy that their expectations were met.

In his remark, UJAA Chairman, Benue State chapter, Dr David Bauchi, said the essence of the dinner night was to bring together Josites as one family and to celebrate Prof. Richard Kimbir and Prof. Joseph Tor Iorapuu for making UniJos proud through their appointment as Vice Chancellors of UAM and BSU respectively.

He disclosed that apart from the two Vice Chancellors who were honoured, UJAA had also produced another VC at BSU in the past, in the person of Prof. Mrs Charity Angya.

Speaking on the Role Alumni Associations in the Socio-economic Development of Nigeria, Guest Lecturer at the event, J. S. Okutepa SAN, said the responsibility of Alumni Associations in developing Nigeria is higher than that of political leaders as they have to exhibit leadership skills. He urged Josites to be patriotic citizens wherever they find themselves by eschewing ethnicity, nepotism, sectionalism and religious bigotry.

On her part, Chairlady of the occasion and former Vice Chancellor of the Benue State University, Prof. Charity Angya, encouraged Josites to take the activities of UJAA seriously to strengthen it. Prof. Angya advised that apart from going to their various places of worship, UJAA should be their next priority.

Highlights of the event were the decoration of the Honourees and presentation of Awards of Excellence to them. While Prof. Iorapuu received the award himself, Prof. Kimbir was represented by UJAA State Vice Chairman, Dr Mrs Clara Guma, and Okutepa SAN was also decorated as a mark of honour.

JAMB Scraps Use of EMAIL For 2021 Registration 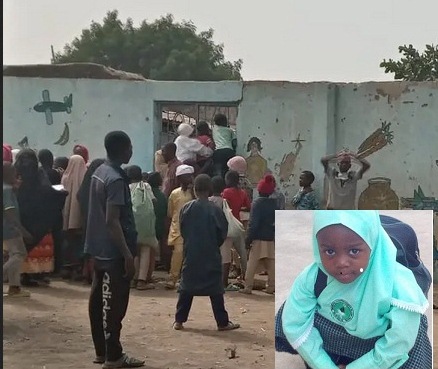