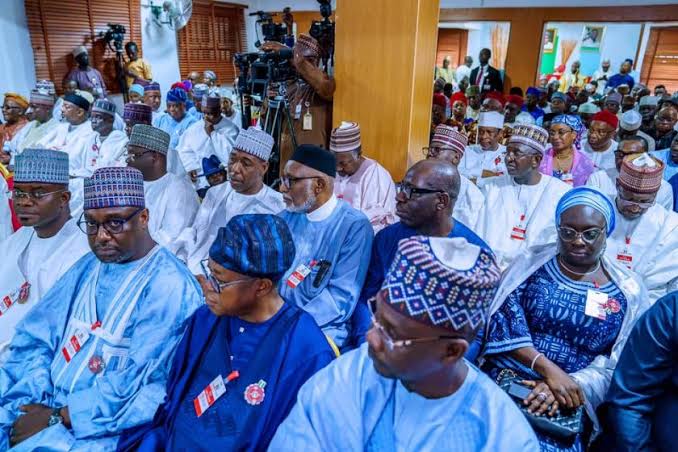 Some All Progressives Congress (APC) National Executive Committee (NEC) members have formed a new group known as Integrity Group and has formally written the party’s Caretaker/Extra-Ordinary National Convention Planning Committee (CEONCPC) to present members of its executive and Board of Trustees.

The APC NEC Integrity Group in a letter dated July 1, 2020, a copy made available to newsmen Monday in Abuja and jointly signed by Hon. Abubakar Sadiq Saadu as Chairman and David Okumba as Secretary addressed to governor Mai Mala Buni, the National Chairman of the APC Caretaker/Extra-Ordinary National Convention Planning Committee, declared their total support for him.

The group described the emergence of Mai Mala Buni, the Yobe State governor, to chair the Caretaker/Extra-Ordinary National Convention Planning Committee as a well thought out move.

The group assured the Gov. Mai Mala led Caretaker Comitee of its support and readiness to work with the Committee in order to restore the party to its prime status.

“As NEC members we are always ready and available for the Caretaker committee and shall support the committee in which ever way required in the course of steering the party’s affairs.”

The letter also commended President Muhammadu Buhari over the dissolution of the National Working Committee (NWC) of the party adding that the current caretaker committee will engender genuine reconciliation and peace in the party.