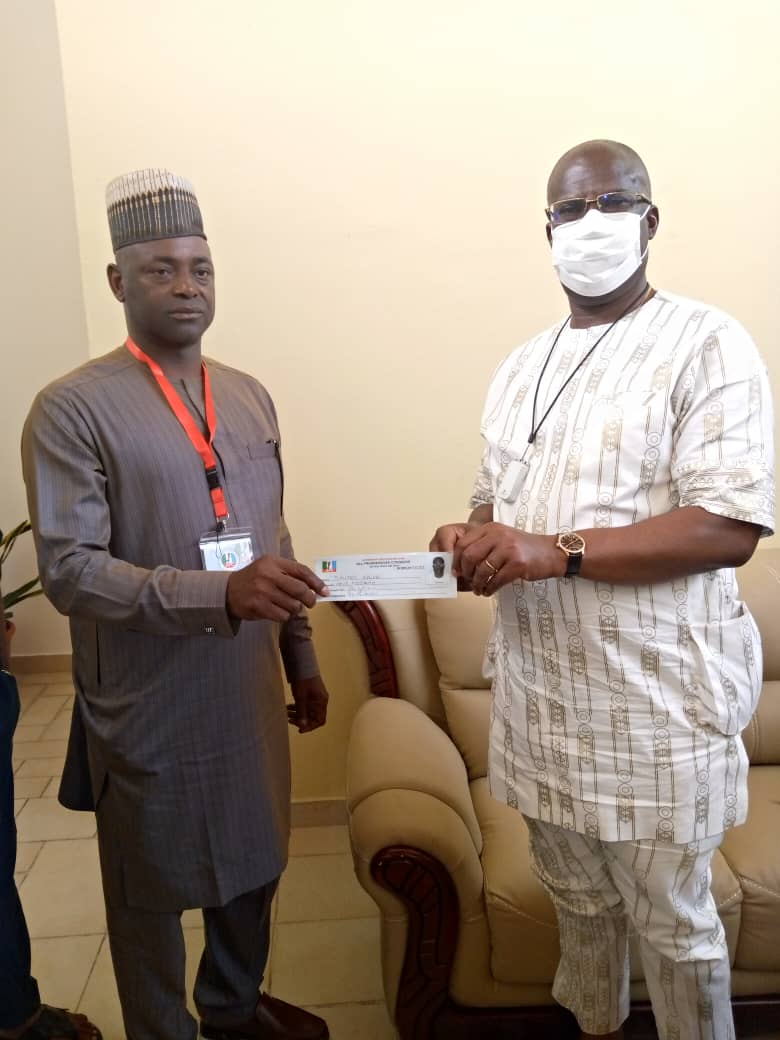 Minister of state for Petroleum Resources, Chief Timipre Sylva, has revalidated his membership of the ruling All Progressives Congress (APC) in the ongoing nationwide fresh registration/revalidation exercise.

The former governor of Bayelsa state also urged all the APC members and those that are yet to join political party to take advantage of the ongoing exercise in the ruling party.

After the revalidation, Chairman of the Bayelsa state registration committee, Aminu Abba Tukur, presented the new membership card slip to the Minister, having filled all necessary details.

The Minister was accompanied by his wife, Mrs Alanyingi Sylva to perform the exercise.

Speaking with newsmen after the exercise on Sunday, Chief Sylva said the ongoing exercise will strengthen the ruling APC and encourage internal democracy within the party.

The former governor said: “As we all know politics is about number, our great party APC is doing everything possible to encourage internal democracy where all members’ voices will be heard. We commend the party.

“APC is a strong party in Bayelsa. The love for our party is growing every day, so opportunity has presented itself for those that are yet to join us to take the advantage of this exercise and join the fold.”