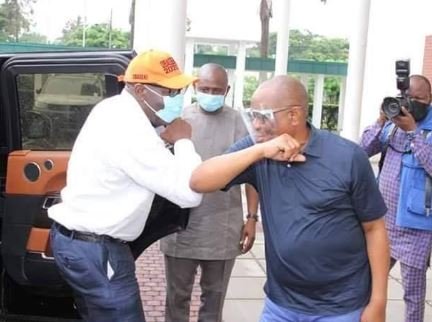 The embattled governor of Edo State, Godwin Obaseki, is presently meeting with the governor of Rivers state, Nyesom Wike.

The meeting might not be unconnected with Obaseki’s planned defection to the Peoples Democratic Party (PDP) to contest the Edo state gubernatorial election billed for September 19 under the party.

Recall that Obaseki had since initiated talks with the PDP to negotiate a possible defection and how he can obtain the party’s ticket after it became clear that he has been rejected by the All Progressives Congress (APC).