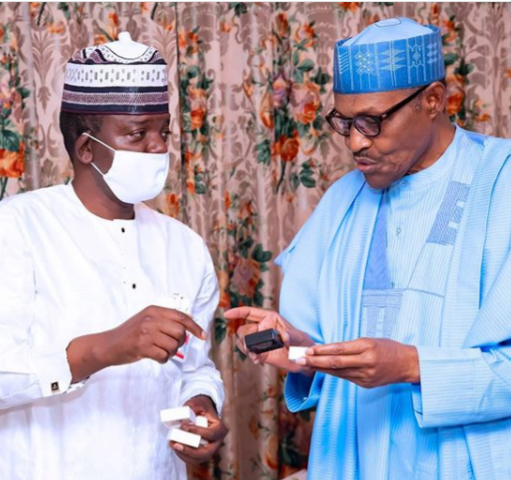 Bello Matawalle, governor of Zamfara state, says not all bandits are criminals

Speaking with journalists after meeting with President Muhammadu Buhari at Aso Rock on Wednesday, Matawalle said some of the “bandits” took the law into their own hands because they were ill-treated by some vigilante groups.

Zamfara, in the north-west, has recorded high cases of banditry and kidnapping in recent times.

The governor said some of the conflicts recorded in the north-west are reprisal attacks by the “bandits” on members of vigilante groups.

“Not all of them are criminals,” he emphasized.

“If you investigate what is happening, and what made them take the laws into their hands, some of them, sometimes were cheated by so-called vigilante groups.

“They normally go to their settlements and destroy property and take their animals. They did not have anyone to speak with, so sometimes, they go for revenge. When the vigilante group attacks them, they go for reprisals.”

Matawalle said leaders should get to the genesis of the problem and not conclude that all bandits are criminals.

“It is important for us as leaders to sit down with them and understand what is the genesis. You can’t just conclude that this person is a criminal,” he said.

“You have to listen to him. What led him to go into such activities? It is not all Fulanis that are criminals.

“Some are good citizens, but due to some circumstances, they subscribed to such criminality but when we had the information, we called their leaders and sat with them, they told us their grudges and we sorted out the way the communities and the Fulanis can resolve their issues without any serious crisis.”