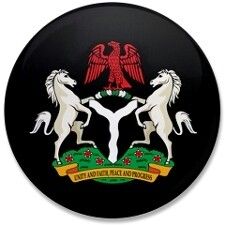 *The Main Issue*
For those who clearly understand pre-colonial Nigeria’s political, social and economic setting, the Federal High Court judgment was not a snake bite or the stinging of bees – they are not in any way shocked. For instance, the Ibo nation is not in denial of their ancient, precolonial relationship with the Igala kingdom, and the imprint is not denied in Anambra State where, up till today, there is a sizeable portion of communities with Igala ancestry. Igbo trader sknew that their routes to access the old Kwararafa kingdom ran through the confluence of Rivers Niger and Benue at Lokoja. The river flows through that space into the Atlantic Ocean. Historical evidence bears the fact that Igala kingdom was founded by two brothers, Igala and Bunda (Kakanda). While Igala was based at Idah, Kakanda had his base at Okuta Ihabe, which was to later become a stone market (Ajaokuta). Today, there is a sizeable population of aboriginal Igala, who are led by Onu Igala at Ajaokuta. His reign is older than that of Ebira traditional head in the area.

Several sources state that the Chronicles of Abuja spoke of the extensive influence of Idah over the Abuja territories – Umaisha, Toto, Koton Karfi, and even Abaji. In their work, Narrative of the Expedition to the River Niger, William Allen and T.R.H. Thompson explained that as at 1841, “The Ata was King of the Igala state, with its capital at Idah, at this time an important commercial centre on the Niger, with historic connexions southwards with Benin and northwards with Nupe.” The authors showed how powerful Attah was in 1841, when His Royal Majesty rejected a gift brought to him by explorers from the Queen of England, and refused an offer to travel by boat to England to meet the Queen to discuss trade relations, saying those were activities that ‘servants’ carried out.

Because the sea was the means of transportation and the link between them and Niger Area, European traders had to establish trade and diplomatic ties with the king in control of the great rivers, and, in that era, the king was Attah Igala. To express the depth of the relationship, the colonialists built a seaport and an airstrip at Idah, the headquarters of the Igala State. Before the Nigerian civil war began in 1967, Idah had a thriving seaport, preferred by European traders to the port at Lokoja. The port had to be closed as a result of bomb attacks from Biafra army. The aerodrome constructed at Idah was put out of use because of the war. For traders from Europe, Idah port was strategic for transporting palm oil and palm kernel from Igbo and Igalaland, on the one hand, and for moving cotton from Hausaland to their continent. Even in the 1960s, Idah was a thriving port city. The government of the late President Umar Musa Yar’adua/Goodluck Jonathan awarded a contract to revive the port, but the project was not completed. In the book, Nigerian Perspectives: An Historical Anthology, by Thomas Hodghin, the author alluded to the fact that Igala kingdom stood erect in comparison with the ancient Benin Kingdom, Oduduwa Kingdom, Hausa Kingdom, and the Bonny’s King Opubu.

In the precolonial era, the political arrangement was more like a confederacy. Confederacy is a political system in which different ethnic communities or peoples come under one authority in order to pursue a common aim. The Kwararafa Kingdom was very large, but it was because other ethnic communities, accepted to come under the reign of the Aku Uka, in order to be protected from enemies who might wage war against them. In this way, the ethnic communities around the confluence came under the umbrella of the Attah whose army was powerful enough to protect them from invaders, including Fulani Jihadists, who had swept through Hausaland to install Fulani emirs in place of traditonal chiefs. The evidence of this military might command by the army of Attah Igala is there for anyone to see – in all the territories around the confluence river, there is no emir or emirate. If the Fulani possesses any political power in this area today, it is simply as a result of modern political arrangements.

The indebtedness. An Igala proverb says “a barren woman does not suffer child bereavement.” If the British had paid up the full sum of 700,000 cowries, nobody would have been nagging about ‘Igala imperialism’ in 2020. No matter how rich a man is, he hardly forgets those who are indebted to him. That is what is playing out in the courts today. Historically, the Quaker Society of London, a missionary organization, which had campaigned against slavery sought to use the land from Ajaokuta to Lokoja as a model farm to halt slave trade. Slaves were taken to Europe to work on plantations. The Quakers argued that it would be better for Africans to, in their own country, plant those crops for which they were enslaved in Europe, and export the produce by sea to Europe, instead of being dehumanized as slaves in foreign lands. Those who want to know more about the Quakers can read up the roles these missionaries played in the fight to halt slave trade. The Queen of Great Britain and Ireland signed the Deed, while a representative of Attah also signed. Though the model farm project thrived for some years, it was thwarted by the activities of Fulani Jihadists who raided the farms. But the colonial government used Lokoja as Nigeria’s first administrative headquarters – without paying up the balance for the land. Incidentally, people from all walks of life came to settle in Lokoja under the new political arrangement, which has subsisted up till the present day.

Unless they have decided to play the ostrich, all traditional institutions in Kogi State are not ignorant of this historical fact. In Igala, there is a proverb which says, “if you own a property but are afraid to claim it, then it is not yours.” Like every government, the institution of Attah is a continuum. The indebtedness to Attah Igala in 1841 is an indebtedness to Attah Igala in 2020. In the same manner, the debt owed by colonial government that gave birth to the current system of government is a debt that hangs on the neck of the Buhari administration. What the court has asked the federal government to pay Attah Igala is a domestic debt. Though the transaction is over 200 years old, a debt is a debt, unless it is negotiated and written off. It is in this sense that Africans are seeking reparation from today’s Europe and America over slave trade that ended almost 200 years ago. In 2020, Namibians are seeking reparation from German government, for material damages and loss of lives that occurred during Germany’s colonial rule from 1884 to 1915. In America, there are deliberate policies to provide reliefs of all kinds to aboriginal Red Indians, who were displaced for modern America to be established.

In contemporary Nigeria, the Land Use Act gives governors control over land, but if such land is being used for projects in the interest of the public, compensation must be paid to the ‘traditional owners’ of such land. So, why must Attah Igala be shot down for seeking the repayment of an old debt? Some traditional institutions want to appeal the Federal High Court judgment. Not exactly because they have a stake; not because Attah is asking them to be evacuated from Lokoja and Ajaokuta. No. Their intention is to do the impossible – alter history, fight the past. May God grant us wisdom to pick the battles we fight.

Abbah wrote this piece from Abuja.

Edwin Clark To Buhari: Your Appointments Are Skewed Against South-South Region