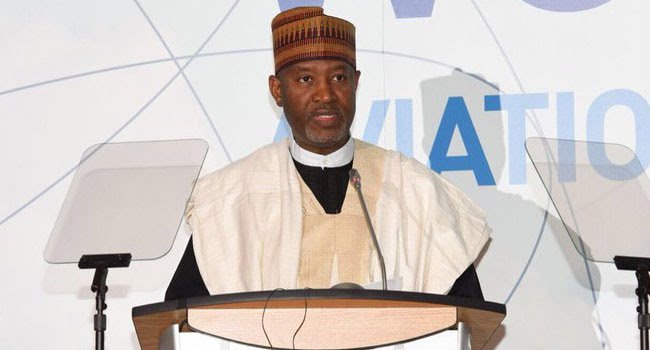 For conveying popular musician Naira Marley to Abuja for a musical concert, Aviation Minister Hadi Sirika has ordered the suspension of private airline, Executive Jet Services, from operating in the country with immediate effect.

According to the Minister, the return flight that conveyed the musician to and from Abuja was originally approved by the Ministry of Aviation to convey Justice Adefope Okojie, an approval that was fraudulently used by the airline charter company.

“The person on that flight conducted a concert. We approved a flight, certainly not for a musician. The flight was approved to convey Honourable Justice Adefope Okogie from Lagos to Abuja and then back to Lagos for an official assignment”.

A statement by the Minister’s Director of Public Affairs James Odaudu said Minister viewed the conduct of the Executive Jet Services as a gross violation of the Presidential Task Force regulations and protocols which allowed only flights on essential services.

“In this challenging time, in our wisdom, we decided that the judiciary was part of the essential services. Moving a judge from Lagos to Abuja was in order.”

The Minister announced the suspension order of the local airline during Monday’s briefing of the Presidential Task Force on COVID-19 in Abuja.

Sirika reiterated that as much as government would encourage the operation and growth of all operators in the aviation industry, it would not condone actions that undermine government policies and constitute risks to public interests.