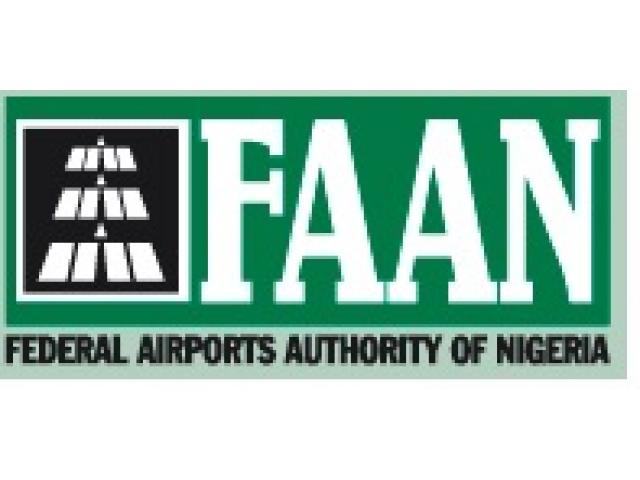 Staff of the Federal Airports Authority of Nigeria (FAAN) have been applauded for their diligence and dedication to duty during the lockdown occasioned by the covid-19 pandemic.

Managing Director of the organisation, Captain Hamisu Yadudu who gave commendation also emphasized that things can not be rosy as they used to be, with the effects of the pandemic which has hit the aviation industry globally hardest.

In a keynote address at the celebration of this year’s Customer Service week by the FAAN Customer Service Department via zoom, the FAAN boss said service delivery by FAAN has attracted commendations from industry stakeholders, adding that when the industry needed the agency especially during the hit of the pandemic, FAAN was there to fulfill all their needs even at the risk of the lives of the workers.

“In the middle of the pandemic when the chips were down, when Nigerians needed us, they still need us, when the industry need FAAN to provide the platform for aviation to operate in Nigeria, when Nigerians need us to perform in the face of this pandemic, our personnel, all our staff were there.”

“We received messages from officials of government commending FAAN of performing to expectation and delivered their role in the middle of the pandemic, so FAAN has been doing very well. The Minister said people have been sending him messages congratulating him on what has been done, our structure, our performance, our operations, everything is working fast.”

Captain Yadudu however noted that for FAAN as an agency to survive, it has shelved plans and projects due to the pandemic and to sustain running this international business and succeed, It must work at overcoming one obstacle at a time.

In line with this Year’s Theme: DREAM TEAM, Yadudu urged the FAAN staff to buy into the idea of FAAN, work together to achieve the set targets of quality service delivery to its all customers.

“We will constantly be tested in our management and handling of situations that will arise involving us who are within the organization, and those who are without our parent company. How we rise to the occasion in handling these issues, while uplifting and elevating FAAN brands us as FAANs “Dream Team”.

In her opening remarks, the General Manager, Customer Service/SERVICOM, Mrs. Ebele Okoye said, the advantage of the dream team is that it creates an enabling environment for teamwork as every team member is hands-on in the execution of the end goal.
Explaining further, she stated that concerted efforts, which is the result of team work leads to product/service satisfaction, yields higher productivity, which translates to revenue increase and organizational growth.

“It is not a team that succeeds when all the conditions are favourable but a team that despite the setbacks and stumbling blocks, churns out quality and keeps moving forward. By this explanation, our MD, Captain Hamisu Yadudu is the leader of our dream team and we the professionals working under him are members of this dream team.”

Mrs. Nike Aboderin Director, Finance and Accounts in her contribution, commended the Customer Service Department for their hard work and urge them to do more in the area of enlightenment of stakeholders at the airport.

She noted that at the airports, outsiders believe that anything to do with the airports is all FAAN responsibility even though they are indirectly responsible.

“Because the airport ecosystem has different stakeholders, there Must be stakeholders engagement by FAAN with the customs, NDLEA, Immigration, concessionaires and others, it doesn’t necessarily has to be physical, zoom is cheaper and you can reach many people.

She suggested a quarterly or every month zoom meeting with airport stakeholders to highlight what FAAN expects from them and what they want from FAAN, share ideas to enhance service delivery at the airports.

The zoom event ended with the cutting of the cake to kick start the week’s celebration which witnessed over 70 participants namely Airport Managers, General Managers, stakeholders across airports in the country and friends of FAAN.

The FAAN customer Service week continues tomorrow with an awareness walk by the staff of the FAAN Customer Service Department to be led by the GM, Mrs. Ebele Okoye around the FAAN Headquarters, GAT and MMIA and terminates on Wednesday with a visit to people with disability in Surulere, Lagos