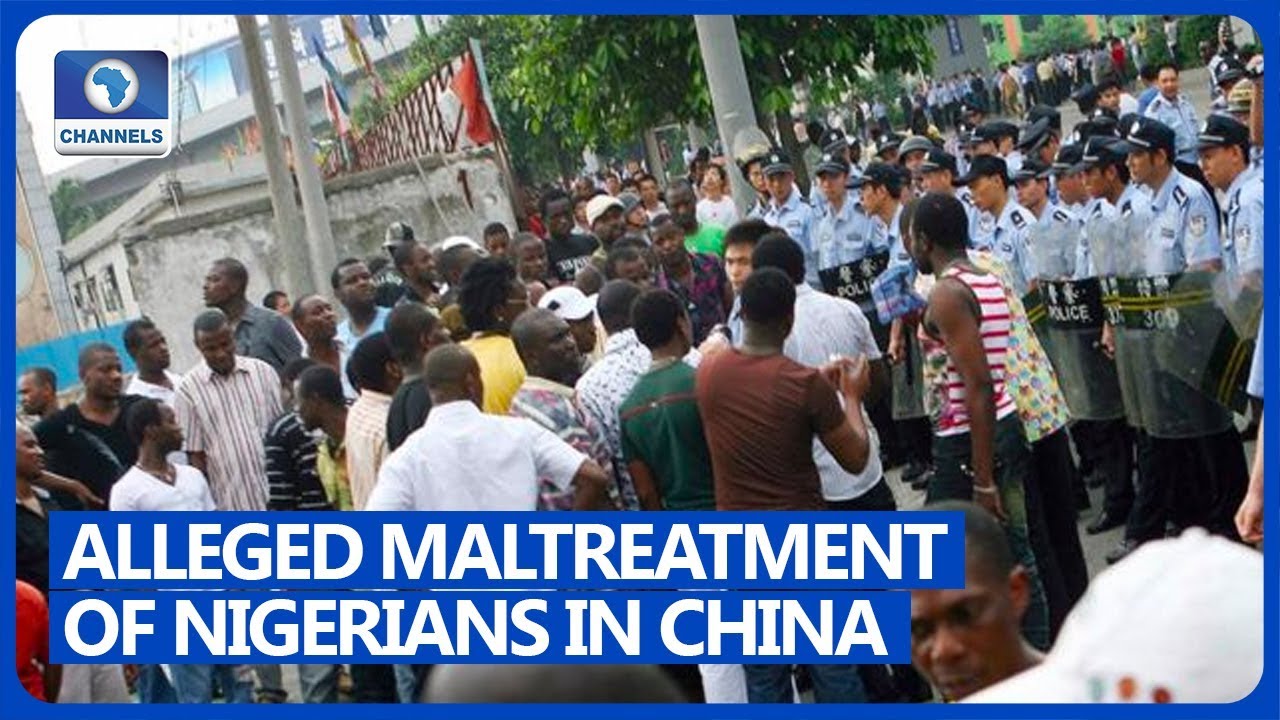 The minister of foreign Affairs, Mr. Geoffrey Onyeama said that the racism and discriminatory practices against Nigerians and black people in China following the outbreak of COVID- 19 in some parts of the country is unacceptable.

The minister who stated this at the Presidential Task Force on COVID-19 briefing in Abuja yesterday following the recently alleged inhuman treatment of some blacks in China said the federal government would not condone such acts any longer.

He said the government will be working with leaders of other Africa countries “to take definitive steps against China”.

“I have received reports and we told them that it is unacceptable and we are also engaging with other African countries to decide and work together definitive steps and measures that we will take because of this situation,” he said.

“We have been engaging with China at various levels; at the level of our consulate in Guangzhou where the cases of racism and discrimination have been ongoing and also at the federal level in Beijing, through our embassy.

“We have made it clear to the Chinese government in no uncertain terms that under no circumstance will we accept racial discrimination against Nigerians or Africans or blacks in China. That is a red line for us,” Onyeama stated.

He said the government will fight to the end to ensure justice is served.

He said the Nigerian consulate in Guangzhou had been directed to systematically detail every single case of discrimination, loss or damage suffered by any Nigerian.

The minister said every case will be followed robustly and compensation and damages will be done where required.

“So for us, as I said, it is a red line and we are going to fight it to the very end.

He recalled how the government, out of solidarity, refused to place a ban on China when the pandemic started in Wuhan.

“We are extremely disappointed because we have excellent relations with the government and people of China that such a thing can happen at this stage.  And you know when there were calls for travels to be banned to China, when they had the outbreak in Wuhan and so forth, we went along with the World Health Organisation (WHO) advice not to place a travel ban on China and showed rare solidarity because we also had our own experience of epidemic with Ebola etc, but really we are deeply, deeply wounded by what has happened to Nigerians and other Africans in China.

Recall that amidst the fallouts of the COVID-19 pandemic in China, several videos were circulated on social media showing Chinese authorities harassing Africans, including Nigerians, throwing them out of their homes and forcing them to sleep on the streets of Guangzhou, in Guandong Province of China.

The videos drew hashtag #ChinaMust Explain as Nigerians on social media prevailed on the government, as well as the foreign affairs ministry, to intervene.
(NewsGazette)
Photo courtesy:Channels TV