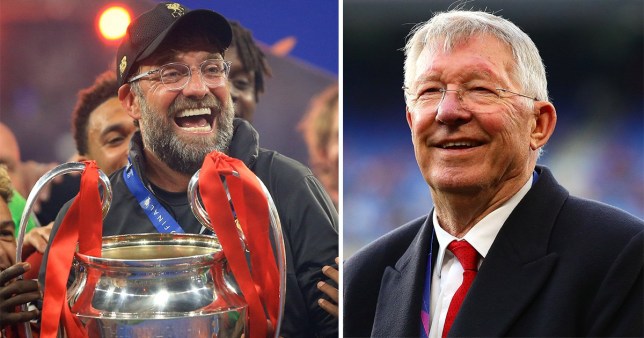 * ‘You Thoroughly Deserved It Says Former Manchester United Manager
* Emma Hayes takes Women’s Super League manager of the year
…
Jürgen Klopp has been named the LMA manager of the year before being lavished with praise by Sir Alex Ferguson. Liverpool won the league title after a 30-year wait and were also crowned club world champions, following their Champions League success last season.

The award was announced by the former Manchester United manager, after whom the trophy is now named. “We speak about Leeds spending 16 years in the Championship, but Liverpool 30 years since winning that league – incredible,” Ferguson said on Sky Sports.

“You thoroughly deserved it. The performance level of your team was outstanding. Your personality runs right throughout the whole club. It was a marvellous performance. I’ll forgive you for waking me up at 3.30am to tell me you have won the league.”

Klopp declared himself delighted to receive the award, which he dedicated to his staff, and that he was honoured to be handed a trophy named after Ferguson. “I know it’s not 100% appropriate as a Liverpool manager but I admire him,” he said. “I remember he was the first British manager I met. We had breakfast.

“I’m not sure how much he remembers but I remember because for me this moment was like meeting the pope. It was absolutely great and from that first season we clicked.”

Emma Hayes had already been named Barclays FA Women’s Super League manager of the year after leading Chelsea to a league and Continental Cup double, while Aston Villa’s Gemma Davies took the FA Women’s Championship award after a curtailed campaign.

Last year’s men’s winner, Chris Wilder, was the runner-up behind Klopp after narrowly missing out on Europe in a remarkable return to the Premier League for Sheffield United. Also short-listed were the Wycombe manager, Gareth Ainsworth, and Leeds’s Marcelo Bielsa, who was named Championship manager of the year after winning the title. The Premier League manager of the year will be awarded next month.