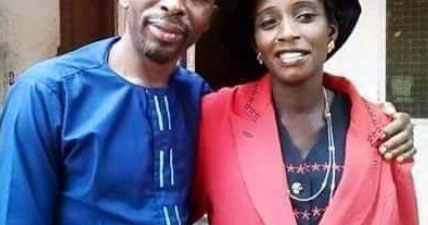 Ishaku, in a statement by his Special Adviser on Media and Publicity, Mr. Bala Dan Abu in Jalingo said the governor received with shock news of the dastardly murder of Pastor Emmanuel Bileya and his wife.

The statement said both of them were reportedly attacked by suspected militia men and killed while working on their farm in Mararaba and described their killings as wicked and inhuman.

The statement lamented that killings of this nature have happened too often recently in Southern Taraba communities , adding that the situation is unhelpful to the on-going efforts of government to achieve lasting peace among communities in the area.

The governor expressed sympathy with the surviving members of Pastor Bileya’s immediate and extended families as well as pastors and members of CRC-N in Mararaba where he served until his death.

Pastor Bileya and Wife
Gruesomely murdered in their farm

Communal crisis recently erupted in Mararaba and resulted in loss of lives and destruction of property.