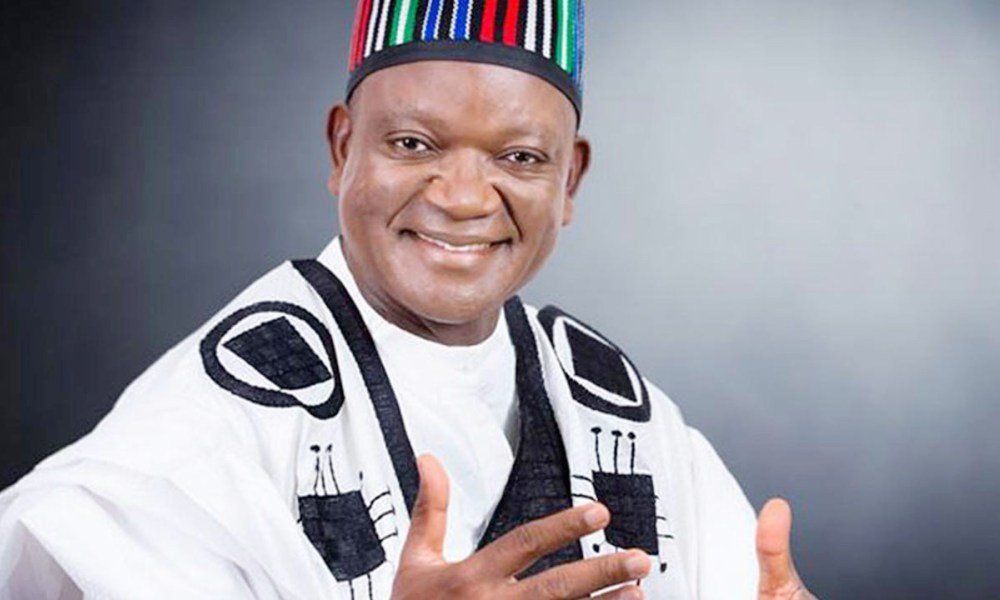 AS PDP MOCKS GEMADE, OTHER DEFECTORS

Benue State Governor, Samuel Ortom has refuted claims in some quarters that he plans to dump the Peoples Democratic Party, PDP, for the All Progressives Congress, APC.

The Governor gave the clarification in a statement signed by his Chief Press Secretary, Terver Akase.

According to him, it became necessary owing to a recent statement credited to the Benue State Chairman of APC, Comrade Abba Yaro in which he insinuated that the Governor will soon be returning to the party.

“It is pertinent to state categorically that Governor Ortom is not contemplating leaving PDP for whatever reason.

“Ortom believes that the political, economic and security challenges currently facing the country cannot merely be solved by people decamping from one political party to another. He says what is most important at this point is for Nigerians of all walks of life to join hands and surmount the challenges confronting the nation,” he said.

The Governor, therefore, reiterated that he is comfortably leading the PDP in Benue State to achieve development milestones for the people and he remains focused on the mandate of providing good governance to all parts of the state.

The Benue State Chapter of the Peoples Democratic Party (PDP) has reacted to the return to the All Progressives Congress (APC) of Senator Barnabas Gemade, Terngu Shawon and others.

The PDP said it views the decision with amusement, describing it as irrelevant.

In a statement by Bemgba Iortyom, the state’s Publicity Secretary of PDP, the party said ordinarily it should not concern itself with an exercise which it described as a mere charade by well known perennial political nomads.

It, however, said its attention was drawn to a statement by Senator Gemade where he was quoted as saying that his move to APC has sent jitters down the spines of PDP and other political parties in the state.

Responding to the former lawmaker’s comments, the PDP said “underscoring the irrelevance of this charade of a decamping is the loud question; As a former National Chairman of a ruling party, former Minister and former Senator, why was the Benue State Leader of the APC, Senator George Akume, conspicuously absent at the decamping ceremony yesterday?

“Was Senator Gemades’s diminishing political value not highlighted by his abysmally poor performance in his Senatorial re-election bid in 2019 on the platform of the Social Democratic Party (SDP), where he lost even in his native Mbawar and placed third in the race behind a political greenhorn like Mimi Orubibi, after he had junketed from APC to PDP and then to SDP all in the space of a few months?

“Senator Gemade needs to be reminded that his party SDP has not won even a single councilorship seat in all elections since he joined the party in 2019. It lost in all the polls he actively participated in last year.

“He ought to also remember that PDP won the governorship election, 3 senatorial seats out of 3, 7 House of Representatives seats of 11 and 23 Benue State House of Assembly seats out of 30.