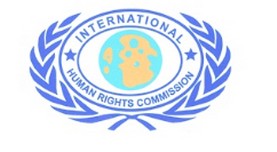 The Federal Government of Nigeria to fo more to control the citizens access to, and use of firearms in order to reduce violent activities across the country.

The International Human Rights Commission (IHRC) Africa Region HQ made the call after a review of the non-military activities of herders against farmers in Nigeria.

“Nigeria glaringly has done nothing concrete on the issues of nonproliferation controls and compliance with legislation that are provided by it’s laws and international backgrounds on control of firearms, guns, ammunition and related weapons.

“Violent conflicts between nomadic herders from northern Nigeria and sedentary agrarian communities in the central and southern zones have escalated in recent years and are spreading southward, threatening the country’s security and stability. With an estimated death toll of approximately 2,500 people in 2016, these clashes are becoming as potentially dangerous as the Boko Haram insurgency in the north east.

“The militant herders have been freely conducting attacks with the use of firearms and the Nigerian government condemning of their actions have been rejected by people who prefer to believe that the herders are permitted to use the arms.

“Moreover, the authorities carry on with an uncaring identity towards the victims which is nothing but a way to emphasize that the prohibition of persons by the Nigerian laws not to be armed and regulations that control the acquisition of firearms in the Nigeria are not being enforced.

According to the Director/Ambassador of the Africa Region HQ of the International Human Rights Commission (IHRC), Dr. Tivlumun Innocent Ahure, there are indications that the increasing availability of illicit firearms, both locally-produced and those smuggled in from outside, worsens the bloodshed.

“Over the past five years, thousands have been killed; precise tallies are unavailable, but a survey of open source reports suggests fatalities may have reached an annual average of more than 2,000 from 2011 to 2016, for some years exceeding the toll from the Boko Haram insurgency.

“Tens of thousands have been forcibly displaced, with properties, crops and livestock worth billions of naira destroyed, at great cost to local and state economies”.

Dr. Ahure said the human cost of Nigeria’s gun violence epidemic is visible not just in the overwhelming number of firearm fatalities but also in the radically altered lives of shooting survivors.

“Whatever the measures that have therefore been executed in ridding the society of firearms, the Nigerian government is absolutely wanting” he said.