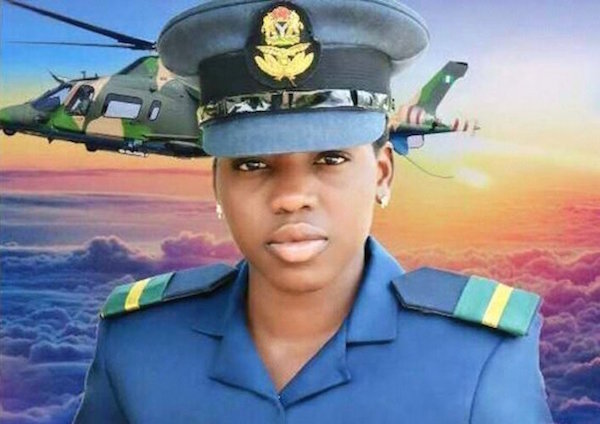 The Air Force had on Tuesday announced that she died in an accident within the NAF Base in Kaduna.

In a statement by the NAF’s Director of Public Relations and Information, Air Commodore Ibikunle Daramola said the late young Officer was killed by a reversing car.

The statement noted that “Flying Officer Arotile died on 14 July 2020 at the age of 24, when she was inadvertently hit by the reversing vehicle of an excited former Air Force Secondary School classmate while trying to greet her.

Giving her profile, the Air Force spokesman said, before her untimely death, “Flying Officer Arotile made significant and outstanding contributions to the war against terrorism, armed banditry and other forms of criminality in the country, flying several combat missions.

“Born on 13 December 1995 to the family of Mr and Mrs Akintunde Arotile in Kaduna, Flying Officer Tolulope Oluwatoyin Sarah Arotile hails from Ijumu Local Government Area of Kogi State. She attended Air Force Primary School, Kaduna from 2000 – 2005 and Air Force Secondary School, Kaduna from 2006 – 2011 before she later gained admission into the Nigerian Defence Academy, Kaduna as a member of 64 Regular Course on 22 September 2012.”