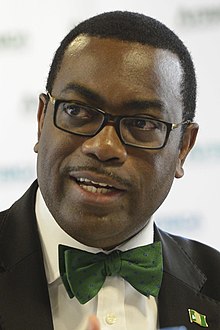 The Ethics Committee of the Board of Directors of the African Development Bank (AfDB) acted in line with established rules in clearing the president of the bank, Akinwunmi Adesina, of allegations of impropriety and fraud, PREMIUM TIMES findings have shown.

The allegations were raised in January in a petition by a group of concerned staff of the bank.

The committee, headed by Takuji Yano, the institution’s Japan Executive Director, investigated the allegations and in its report on May 5 cleared Mr Adesina of all the 16 counts.

The committee dismissed the allegations as “spurious and unfounded.”

Regardless, on May 22, the United States government expressed “deep reservations about the integrity of the committee’s process” and called for a fresh “in-depth investigation of the allegations.”

In a letter to the Chairperson, Board of Governors of the AfDB Group, Nialé Kaba, the Secretary, U.S. Department of Treasury, Steven Mnuchin, faulted the Committee’s decision to exonerate Mr Adesina of all allegations.

Mr Mnuchin said Mr Adesina should not be declared innocent until an “independent outside investigator of high professional standing” has undertaken an evaluation of the facts of the allegations.

But, a review of the provisions of Article 3 of Resolution No. B/BG/2008/11 of the Bank and the Bank’s “Whistleblowing and Complaints Handling Policy” obtained exclusively by PREMIUM TIMES on Monday showed the committee followed due process before handing in its verdict.

The Board of Governors of the Bank in its resolution No. B/BG/2008/11 adopted at the 43rd Annual Meeting held on May 14, 2008 made the Code of Conduct for its Executive Directors and those of the African Development Fund (ADF) also applicable to the President of the Bank Group.

Article 3 of the resolution empowered the Ethics Committee to “conduct a preliminary examination of a complaint or allegation received by it to determine whether it is based on apparently solid justifications, with a view to submitting it to the Chairperson of the Bureau of the Board of Governors.”

The resolution also gave the conditions under which the Committee should make a submission to the Board of Governors after its preliminary examination.

If the preliminary examination of the complaint or allegation reveals it was “frivolous or not based on any objective and solid facts”, the resolution empowered the Committee to dismiss it.

The committee received an email from the “Group of Concerned Staff Members” on January 19, titled “Disclosure of Acts Related to Alleged Breach of the Code of Ethics by an Elected Officer.”

A copy of the mail was sent to the Director of the Integrity & Anti-Corruption office (PIAC) of the Bank, the Chairperson of the Audit and Finance Committee (AUFI).

The committee immediately drew the attention of the Board of Directors of the Bank to the petition.

But, to determine which, between the Audit and Finance Committee (AUFI) of the Board and the Director of the Integrity and Anti-corruption Office (PIAC), had the legal mandate to handle the complaint, a restricted meeting of the Board was held.

On February 4, the Committee approached the General Counsel of the Bank to seek not only further clarification on its mandate but to solicit the legal advice on the admissibility of the petition form as filed.

The meeting was in addition to the oral evidence received by the Committee from the Director of the Anti-corruption & Integrity Office, and the Bank’s Auditor-General.

The following day, the Committee at an informal meeting conducted a point-by-point examination of all the allegations to confirm their substantive validity.

At the end of the meeting, the committee resolved to write to the petitioners for additional information on their allegations.

On February 7, the Committee formally sent a copy of the petition to Mr Adesina and demanded his official response.

On February 14, the Committee sent an email to the petitioners to request additional information to sustain their allegations.

However, in their response the following day, the petitioners declined the committee’s request, opting to maintain their anonymity. They argued that providing any further evidence would uncover their identities.

On February 10, Mr Adesina’s legal counsel sent a letter to the Committee on the matter. A similar letter was also sent on March 10.

However, the Committee decided to ignore the letters on the ground that Mr Adesina did not inform it the letters were from his legal representative.

Consequently, between February 27 and April 9, the committee held about five meetings to examine the 16 allegations contained in the petition.

On April 8, the committee received a memorandum from Mr Adesina conveying his response to the petition, which was transmitted to the Board of Governors, accompanied with other documents on the matter.

On completion of the preliminary review of all the allegations in the petition, the Committee in its report to the Chairman, Board of Governors, dismissed them, having established they were “not based on any objective and solid facts” pursuant to Resolution No. B/BG/2008/11.

Besides, the committee drew the attention to Article 4 of Resolution No. B/BG/2008/11 which vests in the Chairman of the Board the prerogative to act in consultation with other members to finally determine whether or not a reasonable basis exists to pursue the allegations against Mr Adesina further.

Akinwumi Adesina has been accused by a group of anonymous whistleblowers within the organisation of handing contracts to acquaintances and appointing relatives to strategic positions at the bank, allegations he has consistently denied.

Adesina, a former Nigeria’s Minister of Agriculture and Rural Development, was elected as the 8th President of the AFDB on Thursday, May 28, 2015.

He succeeded Donald Kaberuka of Rwanda, and assumed duty on September 1, 2015 in Abidjan