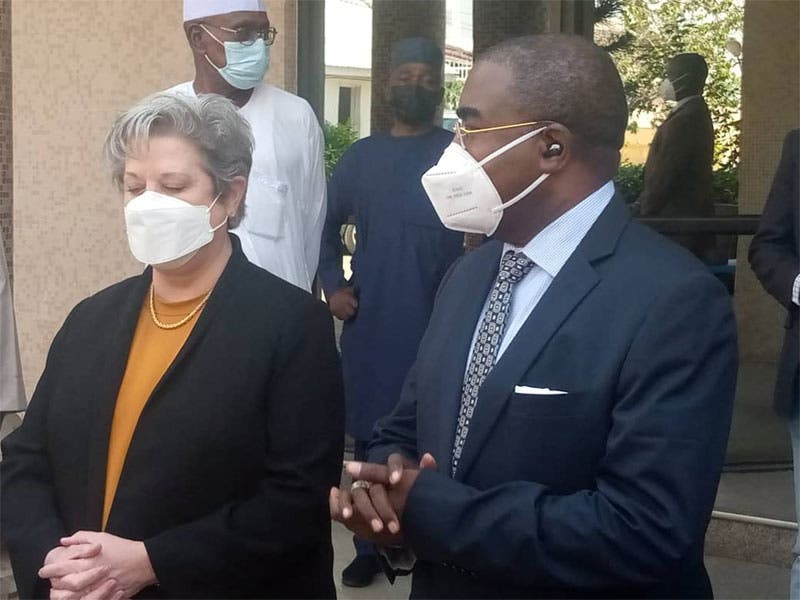 The Chairman and Chief Executive Officer of the National Drug Law Enforcement Agency (NDLEA), Gen. Buba Marwa (Rtd) has solicited the support of the United States government in the task of tackling drug criminals in Nigeria.

Buba, a former Military Administrator of Lagos State who was appointed recently as NDLEA boss, said, the agency was ready to move faster in fight against drug hawkers.

Speaking while receiving the United States Ambassador to Nigeria in his office, he assured the United States Government that the Agency will be hard on drug traffickers, exporters and importers operating in the country.

Marwa said: “We will be hard against drug criminals. We will be serious. We are going to rid this country of the illicit drug trade, trafficking and consumption.

“We still need more of this assistance to ensure we go after the criminals and in a hard way.

“I must thank the US government for all the support NDLEA has received through the years. Indeed, this week, I distributed 12 vehicles which I got wind of during my time in PACEDA (Presidential Committee on Elimination of Drugs Abuse).

“I also got wind of delayed Memorandum of Understanding, MoU, between the Agency and the United States. I am happy to say I have signed the MoU.”

Buba said the courtesy call on his office by the US Ambassador, was coming barely two weeks after his appointment as the NDLEA head, saying, it shows that the Nigeria and US would partner in riding the country of drugs menace.

“On behalf of the officers and men of the NDLEA, I like to commend you for your visit which is remarkable, coming just two weeks of my assumption of office. This speaks volumes to the agency”, he said.

Earlier in her speech, the US Ambassador, Mary Beth Leonard said the visit was to congratulate Marwa on his appointment as NDLEA boss, noting that her country would like to know NDLEA’s priority now and future.direction.

“We have a long history of relationship. It was great to come see him (Marwa), to get his assessment of the situation on ground and know how to move the relationship forward,” Leonard added.