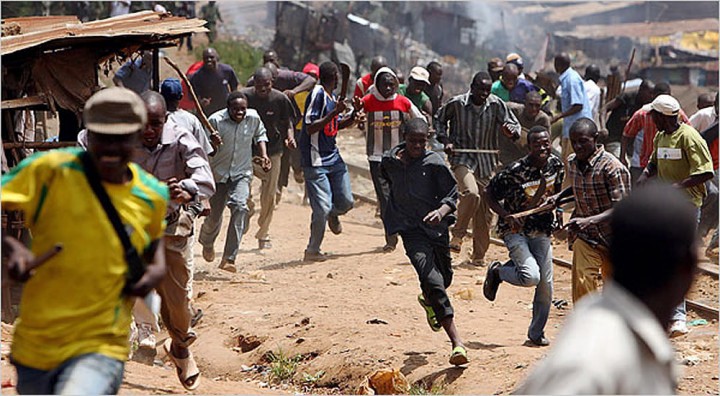 A number of persons were reported killed in that attack.

Garba said: “on the effects of Sunday attack, it is yet to be ascertained. We are yet to get any report from there and I have not been around. I am waiting for the report.’’

Mr Stanley Okoro-Emegha, Commissioner for Internal Security and Border Peace, also said he was yet to get details of the attack.

“They said it was communal crisis, while others said it was herdsmen who carried out the attack, but we do not know the people behind the attack yet.

“We cannot say exactly what happened although we heard about the attack this morning (Monday).

“Nobody has called to say somebody died or property destroyed, but we shall find out.

“Right now, we do not know who is responsible,’’ Emegha said.

Governors in the southeast rose from a meeting in Owerri on Sunday where they deliberated on rising wave of insecurity in the region.

At the end of the meeting, they jointly endorsed the formation of a region-wide security organisation tagged “Ebube Agu” (fear of a lion).

The  governors and heads of security agencies in the region signed a communiqué to maintain the joint security outfit.

The communique read in part: “after discussions on the current security challenges in the southeast and with valuable contributions from participants at the security summit in Owerri, it was resolved as follows:

“To strongly and unequivocally condemn terrorism and banditry in any part of Nigeria, particularly in the Southeast.

“The meeting strongly condemned the burning of police stations, violent attacks on custodial centres with the unlawful release of inmates, and the killings including security personnel, natives/farmers and herdsmen.

“That the political leadership in the southeast has resolved to bring together all the arsenals at their command, as one united zone, to fight and flush out criminals and terrorist from the zone.

“That the heads of all the security agencies in the southeast have resolved to exchange intelligence in a seamless, effective new order that will help to checkmate crime in the zone.

“That to fast track crime-busting in the southeast, the heads of security agencies have been mandated to draw up a comprehensive list of their logistics and material needs for sustainable success in the fight against criminality, for the immediate provision by the leadership of the southeast.

“That a committee made up of security personnel, government officials and relevant stakeholders be set up to coordinate and monitor the implementation of the southeast joint security platform.

“The meeting resolved to maintain a joint security vigilante for the southeast, otherwise known as Ebube Agu.

Also in attendance at the security summit was the President-General of Ohanaeze Ndigbo worldwide, Prof. George Obiozor as well as top security chiefs in the zone. (NAN) 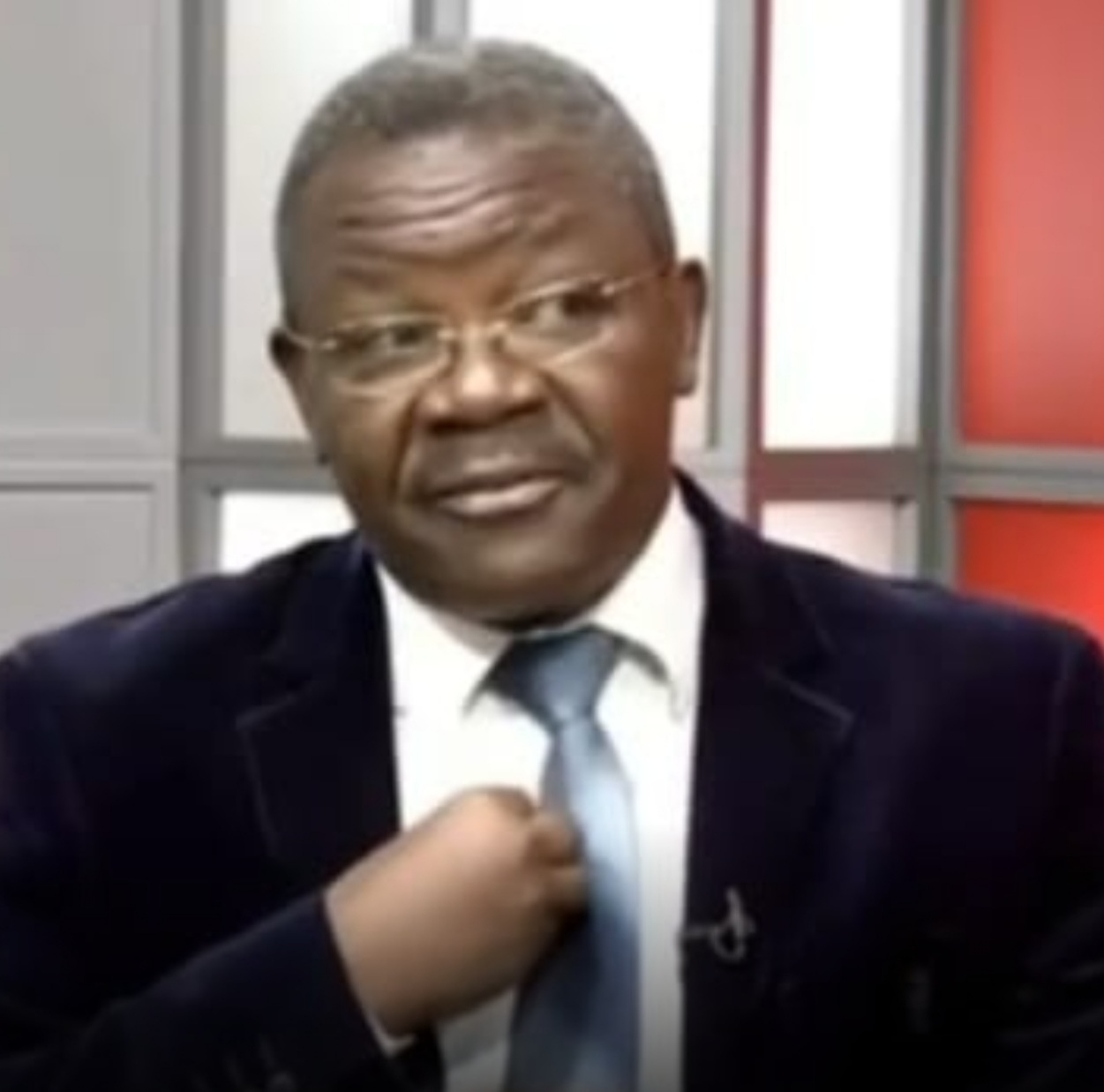 A senior intelligence officer with the Defence Intelligence Agency (DIA) has said that retired Navy Commodore Kunle Olawunmi was never declared wanted for an interview he granted on alleged Islamization and Boko Haram sponsors in government.

The spokesperson of the Defence headquarters also said that Olawunmi was only invited to shed more light on information he provided on Channel television on tackling terrorism.

The senior DIA officer who pleaded anonymity told PRNigeria that since the television interview, some senior retired and serving military officers have raised concern over the comment of Olawunmi.

“The DIA had no intention was so ever to invite him until when other retired senior and serving officers, especially of the intelligence corps advised that he could assist the security service with vital information for counter-terrorism.

“The invitation was not even formal. It was a phone call by an officer that he knows. We have no reason whatsoever to declare him wanted when he knows how the system operates.”

Speaking with PRNigeria in the same vein, the Director Defence Information (DDI), Major General Benjamin Sawyerr confirmed that the informal invitation was harmless.

Sawyerr said: “As a result of the information coming from intelligence circle, an officer in DIA invited retired Commodore Olawunmi to come over so that he can help with information that can assist in the fight against insurgency and terrorism. The DIA officer asked him to come on Tuesday so that he can even meet with the Chief of Defence Intelligence (CDI), Major General Samuel Adebayo. That was all.

“There was no letter or any formal invitation. It was an informal phone call. He just switched off his phone and started calling some media houses that he had been declared wanted.

“You are aware that the Chief of Defence Staff, General Lucky Irabor has been going on tours of geopolitical zones to meet with retired military officers to come up with information and ideas on how to tackle the myriad of security challenges in the country

“While we can not blame Commodore Olawunmi for not attending the South-west zone of the interactive sessions with the retired officer, he went on air in the public domain through a television channel with what he himself portrayed as sensitive classified information.

“If the military wanted to arrest somebody, it is the military police that do that. They wont even send any signal before one could be picked up…. He could have been arrested the day or days after he made the broadcast since the system have what it takes to arrest anyone on its radar. He was not declared wanted and there isn’t any reason for his arrest as it is now,” General Swayer concluded.

Many Nigerians have expressed worries and concerns over comments and outbursts of Commodore Olakunle Olawunmi Rtd) on Channels TV.

Olawunmi who described himself as Professor of Global Security Studies in the interview monitored by PRNigeria said that he was among the people that helped bring Buhari to power.

“I was among the people that brought Buhari to government because I believed in him… I worked with him after we bring him to power in 2015. We have a lot of hope in him and we were ready to do anything for him… What he has turned out to over the years is shocking”

He insisted that the government is encouraging Islamization when he said that every Friday NDA and all government institutions opened their premises for Jumat prayers. He said Muslims come on Friday for worship in military formations and later they become members of the mess who would later spy on the institution and plan their attacks.

He said Buhari’s administration wants the government to be Islamised as the end game is to turn Nigeria into a Taliban type of country.

He said: “We are currently in the worst security situation in Nigeria today. CIA actually didn’t trust Buhari before 2015. It took the intelligence community and Tinubu to convince Obama and CIA to accept him. They said he was a bigot and will plunge the country.”

He added that the government don’t want journalists to report the true picture of what is happening in the country.