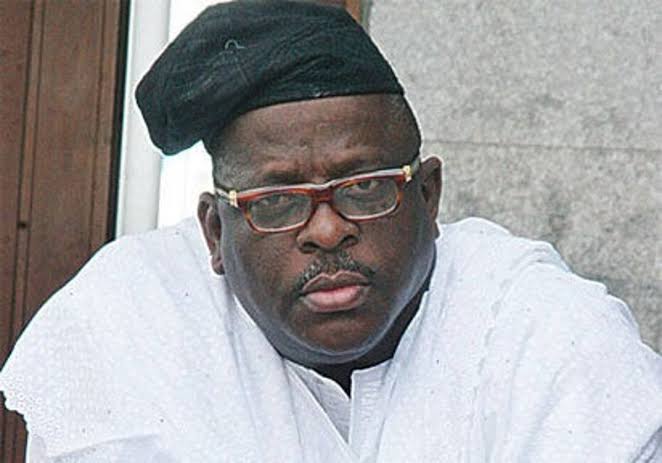 The popular Anti-Corruption and Integrity Forum (AIF) has petitioned the Attorney General, U.S. Department of Justice, Washington on why Senator Buruji Kashamu should be extradited to face alleged criminal trials preferred against him in the United States of America.

In a press statement released in Tuesday in Abuja, the group accused Kashamu of hiding under judicial cover to evade justice.

The letter dated 2nd of July 2020 and signed by the Chairman of the Anti Corruption body, Comrade Prince Kpokpogri, said Senator Kashamu was abusing court processes in a desperate bid to continue to run away from his alleged career crime in illicit drug peddling and fraud.

Kpokpogri said: “If the U.S. Department of Justice is willing to extradite Mr. Buruji Kashamu, such request would be granted easily now since the Nigerian court has not thrown its weight to the UK Magistrate Court’s decision over extradition of Mr. Kashamu. Mr. Kashamu was able to restrain the Nigerian Attorney General from executing an extradition request by the United States in a judgment cited in suit No: 49/2010 at the Federal High Court in Abuja but the matter is currently being appealed because it appears the judgment in suit No: 49/2010 was based on a UK Court ruling on the same matter and was probably misconstrued for an acquittal.

“However, it does not amount to acquittal as stated in section 4(a) (b) of the Extradition Act that ‘A fugitive criminal shall not be surrendered if the Attorney General or a court dealing with the case is satisfied that, whether in Nigeria or elsewhere, he (a) has been convicted on offence for which his surrender is sought; or (b) has been acquitted thereof, and that, in a case falling within paragraph (a) of this subsection, he is not unlawfully at large. But in the case of Mr. Kashamu, a habeas corpus suit against the United States while seeking to extradite him from Nigeria would not apply since he has not been convicted or acquitted of an offence’.

“As you can see, the judgment was given based on assumption that Mr. Buruji Kashamu was acquitted by the London Court, however, facts say otherwise. It will interest you to know that Justice Joseph Ikyeghi in the judgments marked CA/L/1030/15 and CA/L/1030A/15 in the appeal filed by the Nigerian Attorney General held that the orders granted in favour of Mr. Kashamu by Justice Okon Abang were invalid because they were based on hearsays and speculations by Mr. Buruji Kashamu. Permit us to assert that this is a ripe opportunity for the US to institute an extradition request for Mr. Buruji Kashamu”, Kpokpogri affirmed.

Comrade Kpokpogri therefore, called on the Nigerian Government to avail the US Government all necessary assistance to enable her extradite Senator Buruji Kashamu to face criminal charges in the US.

He promised to address a press conference in Abuja to release what he described as “water-tight documents detailing about 32 points evidences based” on reasons why the US Government should immediately extradite Senator Buruji Kashamu for prosecution in the US.

He said: “Despite the fact that the case had remained opened in a court in Chicago since 1998, the matter is still of interest to Nigeria and Nigerians at large. While Kashamu was able to lobby his way into politics and influence his way into prominence amidst the admiration of the corrupt political class for being able to evade prosecution in the US; there are people on the other side of the divide who are interested in his prosecution and conviction”, Kpokpogri stated.