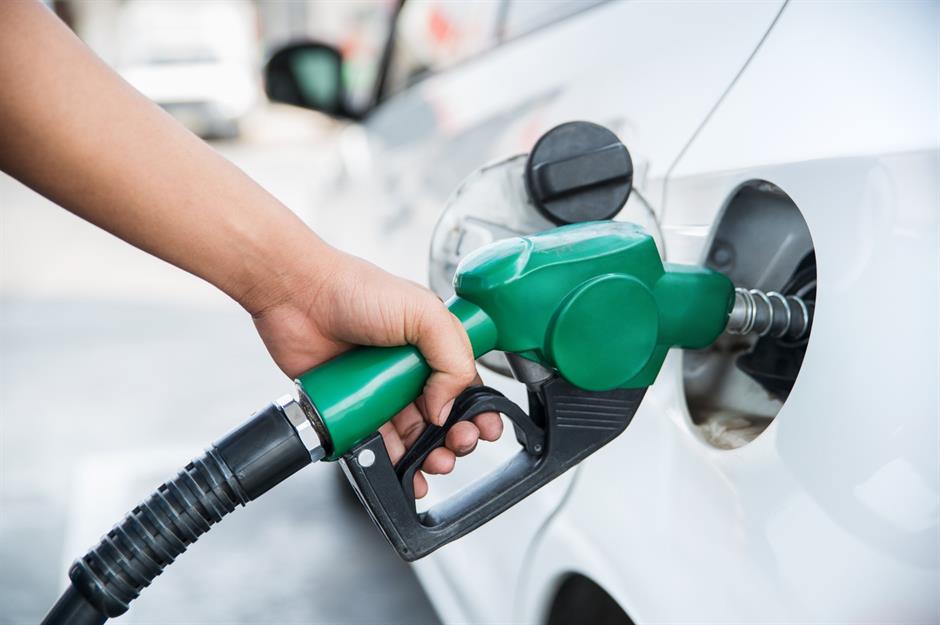 The Minister of State, Petroleum Resources, Chief Timipre Sylva has admonished Nigerians to be ready to bear the pains of increased petrol pump price as crude oil price climbs above $60 per barrel.

Speaking at the official launch of Nigerian Upstream Cost Optimisation Program on Tuesday, Sylva said with no provision of subsidy in the 2021 budget, Nigerian National Petroleum Corporation, NNPC, cannot continue to bear the cost of under-recovery.

Presently, the pump price of petrol ranges from N160 –N165, the price set when crude traded just above $43 per barrel, four months ago.

According to the Minister, while government revenue has improved by the rise in crude oil price, it cannot be fretted away in subsidy payment. “As desirable as this is, this has serious consequences as well on product prices. So we want to take the pleasure and we should as a country be ready to take the pain.

“As a country, let us take the benefits of the higher crude oil prices and I hope we will also be ready to take a little pain on the side of higher product prices”, he stated. 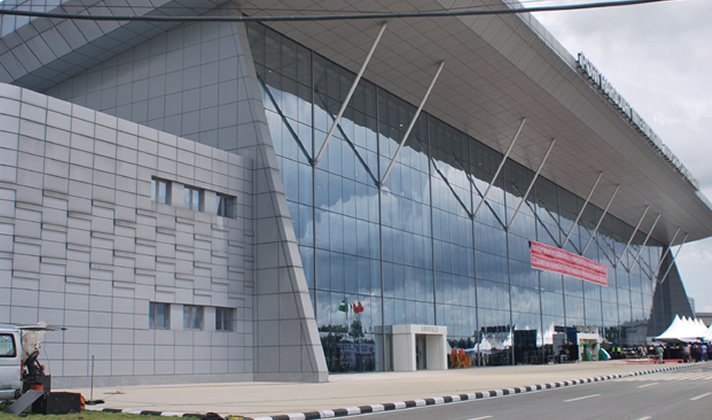 Of the five airports, Port – Harcourt airport has the advantage of a complimentary existing Onne Oil and Gas Free Zone. The logistics hub of this zone should take advantage and set the ball rolling immediately to sustain the gains for Oil and Gas cargo, while building capacity at the airport for agro allied export and others using the aviation logistics hub.

Practice in developed and developing countries indicates the existence of numerous and heterogeneous free zones as well as the different role which they have in the economic development of countries that have implemented them. Different industry-specific economic zones can be created to fill certain business needs with the ultimate goal of empowering the economic potentials of the countries in which they are situated. It is along this premise that we make bold to say the free trade zone would offer a huge potential for continental aviation given the potentials of Nigeria dominant market in the West and Central Africa.

The Nigeria aviation logistics hub is about to experience a game changer if the Free Trade zone is well coordinated and implemented and private sector driven.
Aside the increase in the dynamics of economic activities, it will also encourage the advancement of Foreign Direct Investments (FDI) in aviation value chain – OEM supply chain, FBO, capacity building and generation of new entrepreneurial opportunities in e – commerce fulfilment, this is in addition to the likely changes in the real estate market in the airport and its environs among other services.

Benefits accruable by the establishment of a Free Trade Zone
There are loads of advantages available to a company operating within a Free Zone including, but not limited, to the following depending on the model approved for the airport free trade zone:
• No pre-shipment inspection and issuance of Bank Form M required prior to shipment of material from the country of origin. Customers with Bank Bonds executed with the Customs can take their goods into the Nigerian territory after examination and within a very short time.
• While importing cargo the traditional way, you’re subject to clear your material and equipment and pay Customs Duty within 30 days. In the Free zone you are enjoying unlimited time to custom clear your consignment.
• This makes for increased shipments and cargo movements.
• Better cash flow management – Customs Duty Scheduling System. With a Bank Bond/Guarantee in place, you will be able to obtain Customs release of cargo required in the Customs territory. Payment of duty/perfection of Customs entries is then scheduled to be completed within 14 days after delivery – thus deferring Customs Duty payment and obtaining a better cash flow…… Not too sure with AfCTA
• This further translates into increased revenue and earnings in the associated private sector (airlines, clearing/forwarding agencies, banking/finance, services and supplies), increased government revenue and earnings (for Nigerian Customs, Nigerian Civil Aviation Authority, Federal Airports Authority of Nigeria, Cargo Handling Companies, Federal Inland Revenue Service, among others).
• Creation of job opportunities and entrepreneurial development of budding investors.
• Technology transfer and enhancement of local content participation in the nation’s Aviation industry.
• No VAT and withholding tax chargeable on Free Zone storage facilities, services and activities.
• No corporate and personal income tax payable.
• Easy facilitation of expatriate employees working in the Free Zone. No expatriate quota and residence permit are required for the expatriate staff working and domiciled within the area delineated as the Free Zone territory.

Concluding Remarks
Airport Free Zones have proven to be success stories in some countries of the world. The Suvarnabhumi Airport, Bangkok, the Dubai Airport Free Zone, Abu Dhabi Free Zone and Sharjah International Airport Free Zone – all within the United Arab Emirates – are good examples. They have continued to support the economic development of their host nations. All considered, the socio-economic potentials derivable from this development will be felt in a long time to come, especially in Nigeria’s Aviation industry and within the precincts of the neighbouring countries.
More importantly for me, aside the cargo volumes increase is an MRO being championed within a Free Zone to turn Nigeria into the Hub for maintenance, repairs and overhaul of Aircraft in West and Central Africa, while also attracting business from the rest of the aviation and aerospace world will be a catalyst for the new phase of aviation in the region

The MROs in FTZ will result in cost savings to Airlines based in Nigeria and reduce the demand for foreign currency required for Aircraft maintenance.
Labour, which is a major cost item is available locally and at cheaper rates…. More jobs opportunities.
MROs in FTZ would also serve as a platform for capacity building and ensure the development of local labour into highly skilled, certified world-class experts in various aviation related fields.
The aviation logistics value chain will be enhanced in Nigeria and the West and Central Africa Region. 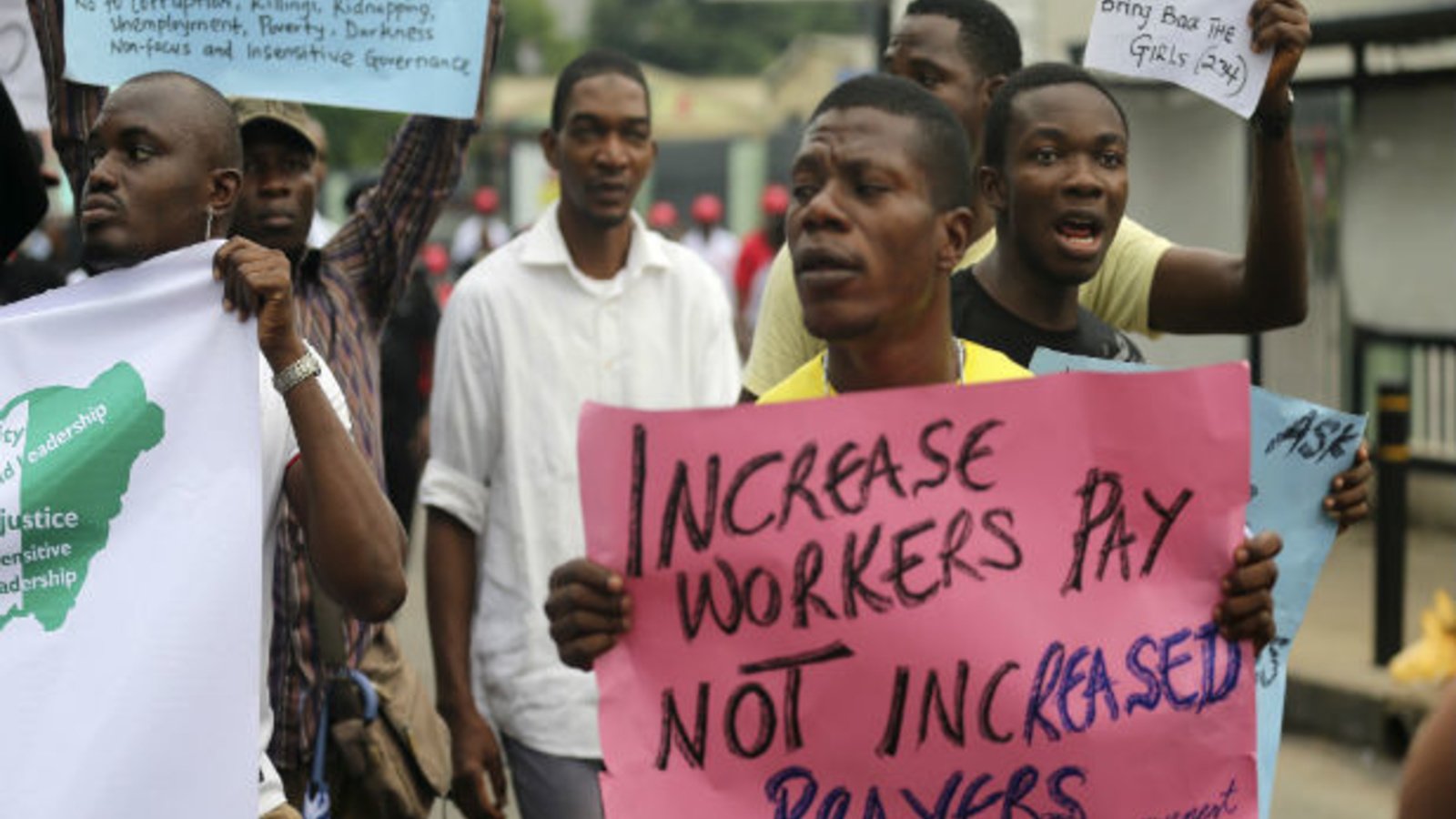 The Minister of Finance, Budget and National Planning, Zainab Ahmed, has said that President Muhammadu Buhari has directed the salaries committee to review payroll and also review the number of agencies.

The government will also remove some redundant items from the budget as a move to cut the cost of governance in the country.

Ahmed disclosed this at the ongoing ‘National Policy Dialogue on Corruption and Cost of Governance in Nigeria’ held in Abuja on Tuesday.

The programme was organised by the Independent Corrupt Practice Commission.

The government had approved a N13.88trn budget with a deficit of over N5.6trn.

The government projected a revenue of N7.98trn to fund part of the 2021 budget.

“We still see government expenditure increase to a terrain twice higher than our revenue,” Ahmed said.

The Finance boss said all agencies must come together to trim its cost amid the country’s dwindling revenue.

She said, “We need to work together, all agencies of the government to cut down our cost. We need to cut down unnecessary expenditures. Expenditures that we can do without.

“Mr President has directed that the salaries committee that I chair, work together with the head of service and other members of the committee to review the government pay rolls in terms of stepping down on cost.”

She revealed that the FG will also review the number of government agencies in terms of their mandates.

Ahmed disclosed that for agencies with the same mandate the government will look at “how to merge the two.”

The Chairman of the ICPC, Bolaji Owasanoye, noted during the stakeholders meeting that the cost of governance is the “driver of corruption in Nigeria.”

He said the government has committed to improving the country’s revenue from new and existing sources.

Owasanoye said the government’s commitment to streamline payroll, removal of subsidies and reduction of the cost of contracts and procurement are all for the benefits of the “poor and vulnerable.”

He said a critical area of concern was “payroll padding” and the “phenomenon of ghost workers.”

He also lamented the duplication of projects such as the constituency projects of lawmakers.

The ICPC boss said funding for such projects are usually released without any mechanism for monitoring and evaluation and reconciliation of the funding.

He cited a project executed by the Redeemed Christian Church of God which was inadvertently diverted as an executive project.

Another Increase In Electricity Tariff Imminent, as NERC Considers Appraisals For DisCos 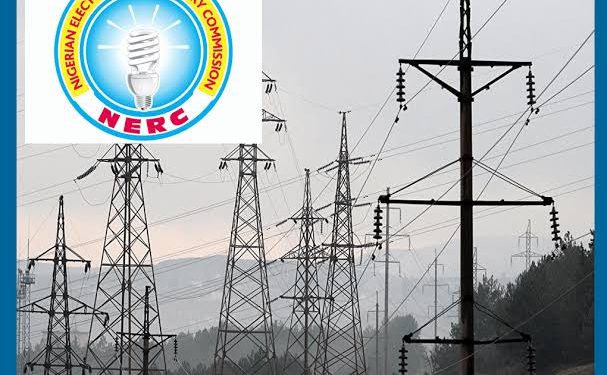 The stage appears set for an upward review of electricity tariff following the release Monday of indications by the Nigerian Electricity Regulatory Commission (NERC) that it is concluding the Extraordinary Tariff Review process for the 11 Electricity Distribution Companies (DisCos).

With the parameters released by NERC for the review, it is obvious that there will be an upward rather than a downward review.

The regulatory body said it would also consider Capital Expenditure (CAPEX) required to evacuate and distribute the said available generation capacity in accordance with EPSRA and other extant industry rules.

In a notice to the general public and industry stakeholders posted on its website, the commission said the review was pursuant to the provisions of the Electric Power Sector Reform Act (EPSRA).

Extraordinary tariff reviews are carried out in instances where industry parameters have changed from those used in the operating tariffs to such an extent that a review is urgently required to maintain the viability of the industry, NERC said.

To worsen matters, the commission has also indicated its plans to commence the processes for the July 2021 Minor Review of the Multi-Year Tariff Order (MYTO-2020), which is done every six months.

“Further to the above, the commission held series of public hearings and stakeholder consultations in the first quarter of 2020 on the Extraordinary Tariff Review Applications of the 11 DisCos to consider their respective five-year Performance Improvement Plans (PIPs).

“However, the evaluation of the DisCos’ requests for review of the CAPEX proposed in their PIPs could not be concluded for the consideration of the commission during the Minor Reviews undertaken in 2020.

“Specifically, Section 21 of the MYTO – 2020 Order provides for consideration of DisCos’ CAPEX application upon further scrutiny and evaluation of the investment proposals,” it said.

NERC said the notice was being issued in compliance with the provisions of EPSRA, the Business Rules of the commission and the Regulations on Procedures for Electricity Tariff Reviews in the Nigerian Electricity Supply Industry.

The commission said it was aimed at soliciting for comments from the general public and stakeholders on the proposed reviews and advised them to send their comments to NERC’s headquarters in Abuja within the next 21 days.