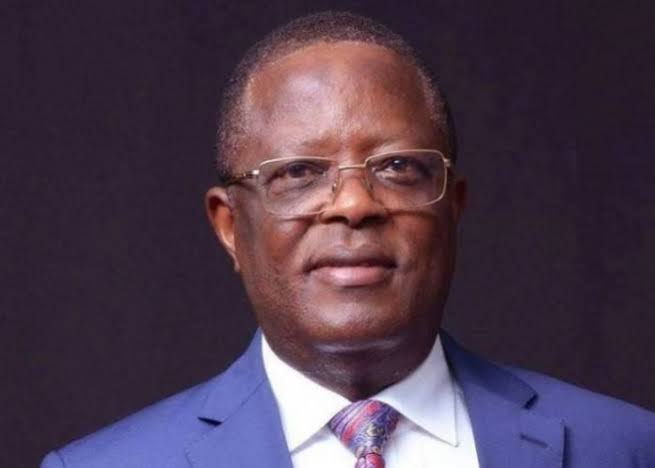 Association of Ebonyi State Indigenes in Diaspora (AESID) has asked the Economic Financial Crimes Commission (EFCC) and other anti-graft agencies to embark on a comprehensive probe of the state financial records in the last 16 years.

The association specifically called on the Independent Corrupt Practices and other Related Offences Commission (ICPC) the Directorate of State Services (DSS) and the Police to bring to book all those who have caused the state economic doldrums and future dooms beginning from the Sam Egwu-led administration to Elechi and now, the Dave Umahi-led government.

In a statement signed on Sunday by the President worldwide of the association, Ambassador Pascal Oluchukwu, said the probe become necessary over alleged mismanagement of a N2 Billion loan given by the Central Bank of Nigeria (CBN) to the state government under the leadership of Engr. David Nweze Umahi, for the 2016 farming season.

“We are aware that it all started with the courage and boldness of one of the enlightened citizens of the state and former Secretary to the Ebonyi State Government, Professor Benard Odoh to hold the Umahi-led administration accountable especially with regards to the disturbing statistics of the National Bureau of Statistics which recently named our State as the 3rd poorest in the federation and information from the Debt Management Office, DMO which indicates that the present government has increased the State’s domestic and external borrowings.

“Already, Prof. Odoh had in his response to the allegations maintained that he had no hands in the disbursements of the said fund as his role was merely limited to providing strategic leadership for the supervising Ministry of Agriculture as then headed by Barr. Uchenna Orji as a Commissioner.

“After making startling disclosures to the effect that only a little over N900m out of the total sum were released to the committee for disbursements and purchase of tractors, a seemingly confident Odoh has filed a petition to the anti-graft agency, the Economic and Financial Crimes Commission (EFCC) inviting it to probe all persons involved in the matter while also stunningly offering himself to be investigated.

“AESID as a non-governmental organization whose mandate is to protect and safeguard the interests and welfare of the common Ebonyian, we laud the steps taken so far by the former SSG, Prof. Odoh in reporting this matter to the EFCC which is indeed the appropriate body to investigate financial crimes and prosecute offenders as being in the right direction. This is because it is only reasonable that the accuser whose present and former appointees are also being questioned cannot be the judge in their own case.”

While condemning what it called witch-hunting, intimidations and harassments of the former SSG Prof. Odoh, the group said: “We strongly believe that the state would be saved from an impending economic doom if its financial records are holistically ascertained and offenders who have plundered its resources made to face the wraths of the law.

“There exist in our beloved state, many phony contracts and projects which have remained uncompleted several years after they were awarded till date while the contractors obviously live large on public funds meant for their executions. Also, many funds, grants and loans given the State which is still being repaid from the allocations as debts have remained largely unaccounted for. This has severely hampered developments on all fronts in critical sectors in the State such as; Education, Health, Agriculture, Economic and Human capacity developments and Empowerment, Youths and Sports development among several others.

“In specific terms, we were reliably informed that the Engr. David Umahi-led government for instance has accessed many grants such as N6bn UBEB funds which could not be secured by the previous Elechi administration. Also, information at our disposal indicates that the same government has in the last 5 years accessed a total of over N9bn so far as Agric loans for farmers from the Central Bank of Nigeria, CBN. Despite these humongous sums and the fact that the government prides itself as investing heavily in the Agricultural sector, we are terribly disappointed that our dear State only boasts of getting most of its rice from some northern and neighbouring States for milling and packaging as the ‘Abakaliki’ brand of local rice.

“Like the rest of Ebonyi people who have been made to believe that this step was meant to save cost for the government and the people, we demand to know: How much exactly have been saved by the government through this use of direct labours by the Umahi-led administration?

“To this end therefore, we also call on other anti-graft agencies such as the Independent Corrupt Practices and other Related Offences Commission (ICPC) including the Directorate of State Services (DSS) the Police and indeed, any agency that is responsible for law enforcement and justice implementation in Nigeria to wade in and ensure that fairness and justice is not only seen to be done but actually done and the state’s looted resources recovered.
“It is our strong believe that this probe would be in the overall interest of the Ebonyi masses,” the statement said.