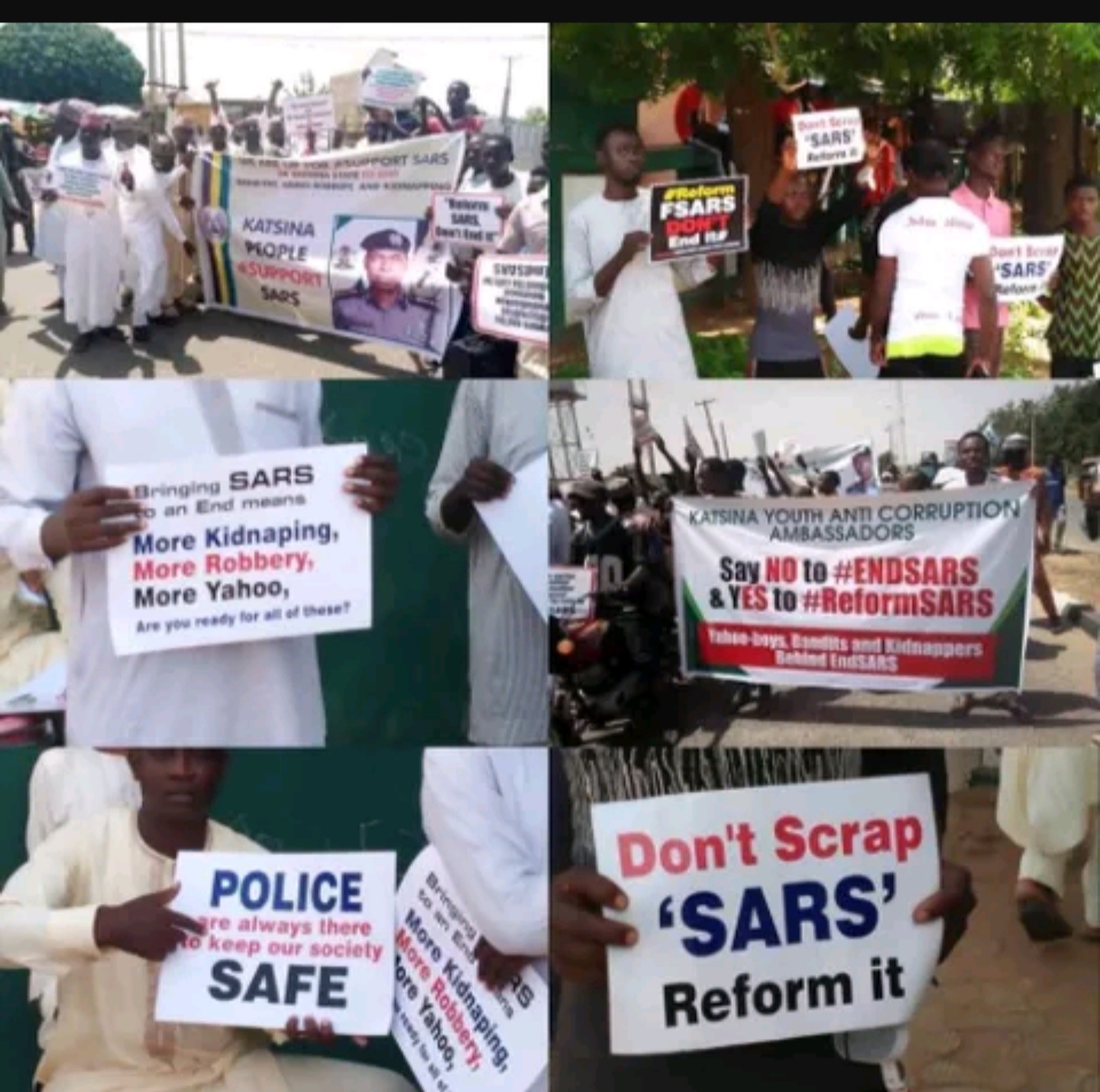 Nigerian youths have staged a rally in some northern states to declare support for the Special ANti-Robbery Squad (SARS) amid calls by Nigerian youths to end SARS.

It was earlier revealed that northern youths were planning to stage a pro-SARS rally today.

As revealed, the rally held this morning, October 12, in Sokoto, Kebbi, Katsina and Zamfara States.

The youths were pictured holding placards declaring their support for SARS.

“Police are always there to keep our society safe,” another reads.

“Say no to #EndSARS & Yes to #ReformSARS,” reads another.

Nigerians have accused the northern youths participating in the rally of being paid. Someone pointed out that the participants can’t read and that some of them had their placards turned upside down.