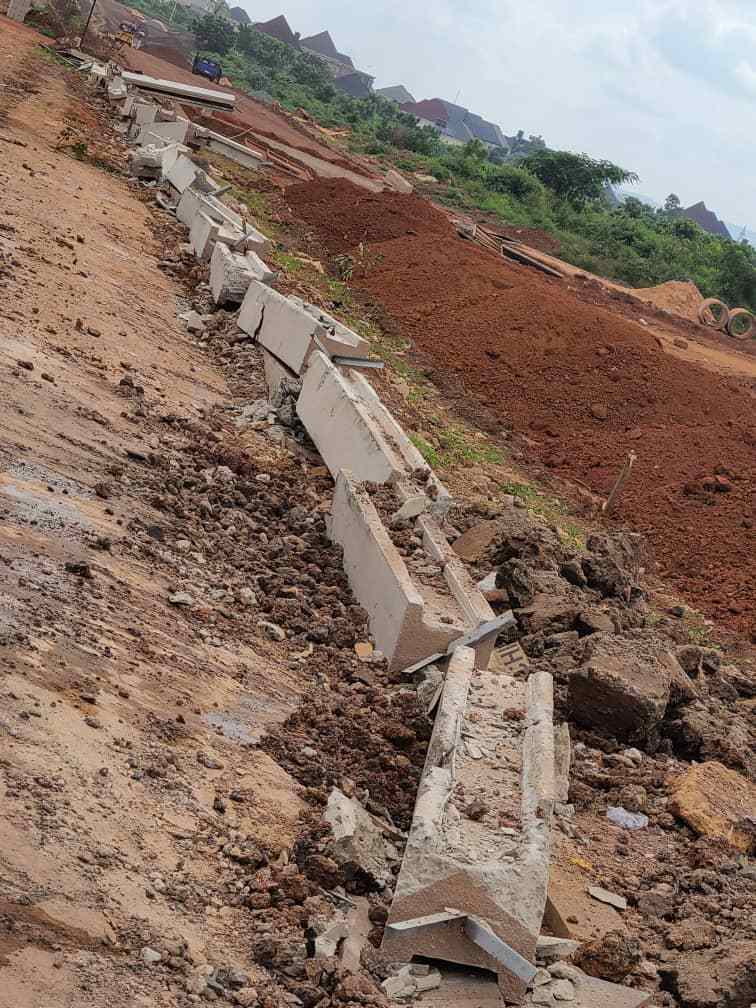 Following the destruction of a long stretch of the perimeter fence of Akanu Abiam International Airport Enugu on Wednesday by one Architect John Emejulu, the Minister of Aviation Hadi Sikira who visited the destruction scene said Federal Government won’t allow the action to go free as it was wilfully done and on purpose.

According to the Minister President Muhammadu Buhari, having looked at the centrality of the Enugu airport and its importance, provided funding for the emergence procurement to rehabilitate the airport, but regretted that “while we were glad that the airport will be opened on 30th August, someone comes from nowhere with bulldozers, with thugs, and destroyed this national asset”.

Minister, emphasizing the importance of the airport said “airports are national security assets. They are no longer just point of landing and taking off for planes and conducting business. We are jealous of these national assets and we are determined to protect it and we will continue to protect them”

Aviation Minister Hadi Sirika leads others to inspect the destruction

Hadi Sirika said “In the course of the delivery there were components of the project which was securing the airport having known its importance as national security assets, a certain individual while the project was ongoing come with touts well-armed and destroyed more than two kilometres of the fencing. He said ‘’ this is certainly unfortunate and unbecoming and has given government opportunity to show how not to wickedly destroyed public assets belonging to two hundred million people’’.

“I’m sure he will regret doing this and of course this is opportunity for government to show that no one can take the law into his hand and wilfully destroyed national assets. As there is a government in place and it is the wrong time to test our resolve, the individual will certainly be dealt with maximally”, the Minister stressed.

Expressing his sadness, the Minister said ‘’It is very sad that because here is the region we are all proud of for entrepreneurship and this airport which will add value to what they are doing to recreate the economy and contribute to national GDP is being sabotaged by a member of the community who claims that airport fence was built on a land belonging to him.

He thanked Mr. President who out of his wisdom to rejig the economic configuration of the country decided to provide funding for the infrastructure at the airport which has been abandoned for decades in order to bring back the glory of the airport to contribute to trade and commerce which is the culture and tradition of the region.

Hadi Sirika said, already Inspector General of Police, Chief of Airstaff and DG, SSS have been directed to do the needful and bring those that have been involved in this kind of arrangement to book.

He however assured that the deliberate attempt to sabotage the good intentions of the government will not affect the planned reopening of the airport by the end of August.

The Minister also commended the Enugu State government, the Nigerian Air Force and other Security Agencies for their commitment and cooperation towards seeing to the completion of the project.