In a move that took local Nigerian financial markets by surprise, the Central Bank of Nigeria (CBN) embarked on sweeping measures to clean the rot that had allegedly occurred in the trading of foreign exchange at Bureau de Changes (BDCs). The CBN alleged that the BDCs had abused the regular sales of foreign exchange to them by selling FX at rates above the agreed guidelines, thereby engaging in what the regulator called ‘rent seeking’.

At a press briefing held onTuesday,, the CBN Governor stated that the CBN would also no longer approve BDC licence applications. The decision reached by the MPC was premised on the committee’s observation that the BDCs had, contrary to their mandate, become wholesale dealers conducting large FX transactions above their sales limit of $5000 per person and instead concluded single transactions worth millions of dollars.

Godwin Emefiele, noted that there had been an astronomical rise in operators who now number 5,689 as of June 2021 a significant rise from 74 dealers in 2005. He further noted that the regulator received an average BDC application of 500 monthly. The CBN boss said that BDC operators disregarded prevailing rates and spurred the gradual dollarization of the domestic economy.

According to the Governor, Before the Bank’s decision, the CBN sold $20,000 weekly to over 5,000 BDCs amounting to over US$100m weekly and US$1.57bn annually. In a bid to reduce the pressure on the country’s FX,  the CBN Governor directed all commercial banks to set up FX Teller points in all branches to ensure the direct sale of FX to buyers.

Past governments have sought to respond to Nigeria’s balance of payments challenge by creating a legal parallel (or dual) foreign exchange market to avoid the short-term effects of a depreciation of the Naira on domestic prices while retaining some degree of control over capital outflows and international reserves.

BDC operators constitute a parallel market. Over the last few months, the BDC rates have hovered between $472.4 and $500 in January, while the official rate has surged between $381 and $411.27 implying a premium gap of 28% (see chart 1 below).

Analysts believe that this is unsustainably high and capable of disincentivizing foreign investment, underscoring the CBN’s move to stop the weekly allocation of FX to BDCs.

Meanwhile, the MPC decided to again hold policy parameters constant considering the recent inflation figure (17.75%) – the third straight fall- the MPC expressed optimism that the inflation rate would continue downward trend but since it remains in the upper double-digits the banking sector regulator decided to hold policy rates fixed at the previous rates: 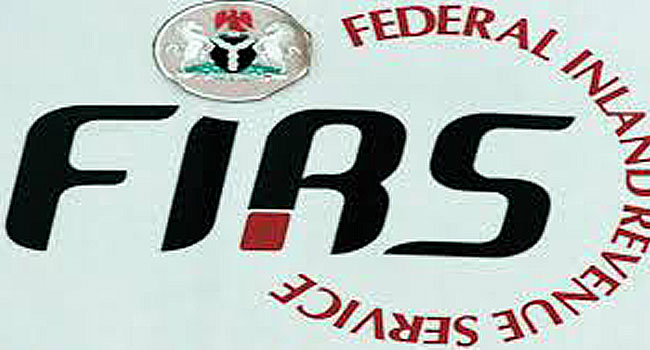 The attorney general of the federation and minister of justice, Mr. Abubakar Malami, stated this in New York, United States while speaking on the disagreement over the collection of VAT between FIRS and the government of Rivers State.

Malami, according to NAN explained that the ruling of the Court of Appeal that FIRS and the Rivers State government maintain status quo, favoured FIRS.

He said it was FIRS that had been collecting the VAT before the dispute arose, over which the Rivers government approached the High Court.

“The position of not only the Federal Government but indeed the judiciary is the fact that status quo associated with the collecting of VAT should be maintained.

“And as far as the judicial system is concerned, the status quo as at the time the parties approached the court, it was the Federal Inland Revenue Service that was indeed collecting the value-added tax.

“So with that in mind, the Federal Government has succeeded in obtaining an order that establishes the sustenance of the status quo, which status quo is that the Federal Inland Revenue Service should continue collection.

“This is pending the determination of the cases that were instituted by states, particularly the Rivers State Government and the Lagos State government. The cases are being determined by the court.”

Recall that the government of Rivers State had urged the Supreme Court to set aside the September 10 ruling of the Court of Appeal ordering it and FIRS to maintain status quo on the issue of VAT collection.

A three-member panel of the Court of Appeal headed by Haruna Tsammani, issued the order being challenged at the Supreme Court by the Rivers government.

The state also urged the apex court to disband the panel of the appellate court, which gave the interim order and ordered another one to be constituted to hear the case.

“And we are taking steps to consider the possibility of instituting an action before the Supreme Court for the purpose of having this matter determined once and for all,”  Malami said.

A standard gauge rail being planned from Kano State in Nigeria to Maradi in Niger Republic is one of the projects the President Muhammadu Buhari plans to fund with the fresh external loans he is asking the National Assembly to approve for his regime, The PUNCH reports.

He also sought the  legislature’s approval for grant components of $125m in the 2018-2020 external rolling borrowing plan.

These were contained in a letter addressed to both chambers of the National Assembly and read on the floor at the resumption of plenary by the presiding officers Messrs Ahmad Lawan and Femi Gbajabiamila (Senate President and Speaker of House of Representatives respectively) on Tuesday.

Buhari,  in the letter, dated August 24, 2021, explained that the projects listed in the 2018-2021 Federal Government Borrowing Plan would be financed through sovereign loans from the World Bank, French Development Agency, EXIM Bank International Fund for Agricultural Development, Credit Suisse Group and Standard Chattered/China Export and Credit in the total sum of $4,054,476,863 and €710m (839m) and grant components of $125m

According to the breakdown obtained exclusively by one of our correspondents from the Ministry of Finance, Budget and National Planning, five international bodies will jointly provide the $4,054,476,863 component of the loan.

According to the document, the $190,255,276 to be provided by European ECA/KfW/IPEX/APC will be spent on the Nigeria to Niger Republic rail line.

The document gave the project title as “Kano-Maradi SGR with branch to Dutse” and identified the implementing MDA as the Federal Ministry of Transportation.

“Financing cost which the lender requested to be capitalised” was written under the column for multilateral institution.

On the expected impact of the project on the geo-political development, the Federal Government wrote, “The project is to link Nigeria with Niger Republic from Kano-Katsina-Daura-Jibiya-Maradi with branch to Dutse.

“It is part of the Trans-Africa Railway System and it is expected to improve the international trade between Nigeria, Niger and other North-Africa countries.”

Also, the $225,120,000 to be provided by China Exim Bank is expected to be spent on the Lagos-Ibadan Railway Modernisation Project.

It is meant to cater for the construction of the branch line (Apapa-Tin Can Island Port) project.

The $50,000,000 to be provided by IFAD will be spent on what the government called Value Chain Development Programme -Additional Financing II.

The expected impact, according to the government, is “to support a measurable increase in the programme’s outreach to 100,000 farmers, including over 6,000 and 3,000 processors and traders respectively.

“It will also support the mainstreaming of issues that were not considered at the stage of programme design.”

The Bank of China’s $276,981,587 will be spent on the establishment of three power renewable energy projects; Credit Sussie Group’s €500,000,000 will be spent on sovereign guarantee for the issuance of Euro bond as collateral to enable Bank of Industry fund its projects; while the -$62,120,000 to be provided by Standard Chartered Bank/China Export and Credit (SINOSURE) will be used to provide 17MW hybrid solar power infrastructure for the National Assembly complex.

Part of Buhari’s letter to the National Assembly had read, “I write on the above subject and submit the attached addendum to the proposed 2018-2020 external rolling borrowing plan for the consideration and concurrent approval of the senate for the same to become effective.

“The distinguished Senate President may recall that I submitted a request on 2018-2020 borrowing plan for the approval of the senate in May 2021.

“However, in view of other emerging needs and to ensure that all critical projects approved by Federal Executive Council as of June 2021 are incorporated, I hereby forward an addendum to the proposed borrowing plan.

“The projects listed in the external borrowing plan are to be financed through sovereign loans from the World Bank, French Development Agency, EXIM Bank and IFAD in the total sum of $4,054,476,863 and €710m and grant components of $125m.

Source The PUNCH via The Advocate

The Court of Appeal in Abuja has halted the Rivers State government from collecting Value Added Taxes (VAT) until all legal disputes relating to the matter are resolved.

The court ordered that the judgment of the Federal High Court from which the State drew its power to collect the tax must not be implemented.

Justice Haruna Simon Tsanami who issued the order in Abuja on Friday also directed that the law passed by Rivers State House of Assembly and assented to by governor Nyesom Ezenwo Wike must not be implemented.

The appellate court held that since parties have submitted themselves to the authorities of the court for adjudication of the matter, they must not do anything that will affect the subject matter of the appeal

In specific term, Justice Tsanami granted status quo ante below in favour of the Federal Inland Revenue Services FIRS and against the respondents.

The matter has been slated for September 16 for hearing of motion for joinder by Lagos State.

FIRS, in an appeal marked CA/PH/282/2021, is praying the court to set aside the judgment of a Federal High Court in Port Harcourt which granted power to the state to collect VAT.

The tax collection agency is also asking the appellate court to stay the execution of judgment.