Connect with us
The Central Bank of Nigeria, CBN, has released Regulatory Guidelines and Framework for Mobile Money Services in the country.

According to CBN, the introduction of mobile telephony in Nigeria and its rapid growth and adoption among other factors have underscored its decision to issue the framework as it will create an enabling environment for the orderly introduction and management of mobile money services in Nigeria.

It said: “The Framework defines the regulatory environment as a policy path towards achieving availability, acceptance and usage of mobile payment services.”

The Guidelines on Mobile Money Services stated that the  Mobile Money Operators (MMOs)shall not carry out the following activities: Grant any form of loans, advances and guarantees (directly or indirectly); Accept foreign currency deposits; Deal in the foreign exchange market except as prescribed in Section 4.1 (ii & iii) of the extant Guidelines for Licensing and Regulation of Payment Service Banks in Nigeria; Insurance underwriting;  Accept any closed scheme electronic value (e.g. airtime) as a form of deposit or payment; Establish any subsidiary; Undertake any other transaction which is not prescribed by these Guidelines; And any other activities that may be prohibited by the CBN.

The procedure for determining interest amount distributable to subscribers should stipulate the minimum percentage of interest income to be distributed to subscribers and the proportion to be retained by the MMO, if applicable; The applications of section 10.1.3 (b) (i) to (v) in distributing interest shall be automated.

“The section further stated: “On no account whatsoever, shall a Mobile Money savings wallet account holder suffer diminution in the principal sum on his/her wallet as a result of fees or charges; Deposit Money Banks serving as settlement banks are prohibited from off-setting

Section 10.1.2 of the guidelines stated:

” Funds on saving wallets shall be invested in only the Nigerian Treasury Bills (NTB); MMOs shall be treated as mandate customers of CBN for NTB subscription  through the CBN NTB window, and MMOs shall have a process to determine appropriate cash balance on its Savings Wallet Principal Pool Account that will meet its savings wallets customers’ withdrawal requirements at every point in time.” 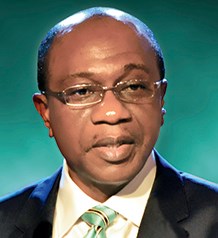 Emefiele who spoke at investors’ webinar forum designed to showcase the investment opportunities in Nigeria’s privatisation and economic reforms programmes said the federal government had approved KPMG as the financial adviser to InfraCo.

He stated that for Nigeria to attain meaningful growth, there must be huge investments in key sectors of the economy, including infrastructure such as rail and power, among others.

He further said the COVID-19 pandemic and developments in the global crude oil market had created negatively affected not only the global economy but also the Nigerian economy in the past 18 months.

He said in June 2021, investments in the importers and exporters (I&E) window stood at over N3 trillion at an average rate of N412 to the dollar, adding that this meant that on an average working day of 20 working days, close to $150 million was posted in that market.

“For Nigeria, we witnessed a drop in foreign exchange earnings, government revenues along with supply chain disruptions which ultimately led to the economy falling into a recession during the third quarter of 2020. Significant interventions by the monetary and fiscal authorities in key sectors of our economy such as in the manufacturing and agricultural sectors eventually helped and led to the rebound of growth during the fourth quarter of 2020 as gross domestic product (GDP) grew by 0.11 per cent.

“The sustenance of these measures has also helped to support growth of 0.51 per cent during the first quarter of 2021. Nonetheless, we consider this growth as fragile and therefore seek the support of those of us here at this webinar to continue to work with us to grow our economy,” he said.

Emefiele said InfraCo had generated huge interest in deploying private capital to for infrastructure, adding that the approval of the vice president has been secured to appoint KPMG as transaction advisers.

I think that many who have observed the current Nigerian government would agree with me that an article of faith for this government is the importance of mobilising private capital and participation for improving efficiency and driving economic growth and this really explains why we have this collaboration today between the Bureau of Public Enterprises (which you know is in charge of our sectoral reform programme) with the Nigerian Investment Promotion Commission and the Nigerian Exchange Group (NGX) to host this seminar as an important platform drawing attention to investment opportunities to both our local and foreign friends and collaborators,” he added.

He stressed that privatising utilities of the size of the former PHCN “simply calls for deeper intentional consideration of the right models and the right type of investors and also looking at funding for these investors over an extended period of time.

“These are some of the challenges that we have seen, but I think that it’s an excellent lesson and there is so much that we are learning in approaching privatisation, especially our utilities, going forward,” he said.

Also speaking, the director general of the Bureau of Public enterprises, Mr. Alex Okoh, said the agency had listed over 36 assets for sale and giving them out to concessionaires under its 2021 work plan.

He disclosed that about N500 billion is expected to be contributed into the federal government coffers from the privatisation proceeds this year.

He further disclosed that 234 public assets had been sold in the last 32 years while N1 trillion was generated by the agency.

The event was organised by the BPE in collaboration with the Nigerian Investment Promotion Commission (NIPC) and the Nigerian Exchange Group (NGX). 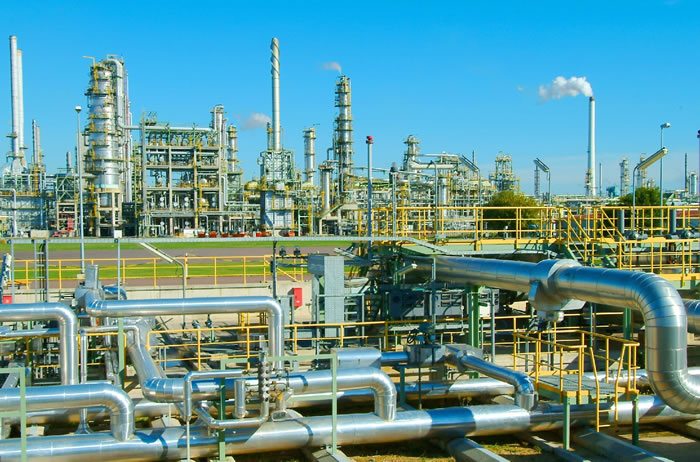 The Senate has passed the Petroleum Industry Bill known as PIB.

The bill was passed during the plenary on Thursday after careful consideration of each of the clauses.

The Senate before passing the bill met behind closed doors with the Minister of State for Petroleum, Timipre Sylva, and the Group Managing Director of the Nigerian National Petroleum Corporation (NNPC), Mele Kyari.

The passage of the bill comes exactly 13 years after it was first presented to the National Assembly in 2008.

On 28 September 2020, President Muhammadu Buhari presented the PIB to the National Assembly for reconsideration.

The Bill seeks to introduce changes to the governance, administrative, regulatory, and fiscal framework of the Nigerian oil and gas industry, in order to ensure transparency, strengthen the governing institutions, and attract investment capital, among other objectives.

Senate President Ahmed Lawan said the Senate expects President Buhari to sign the bill as soon as it is transmitted.

He added that the bill got the input of both the executive and legislative arms of government.

The long-awaited bill which passed for a third reading will deregulate and overhaul Nigeria’s oil and gas sector.

Rep. Mohammed Tahir Mongunu, Chairman of the House Adhoc Committee on the PIB, moved for the consideration of the motion.

He said: “That the House do consider the Report of the Ahoc Committee on Petroleum Industry Bill on an Act to Provide Legal, Governance, Regulatory and Fiscal Framework for the Nigerian Petroleum Industry, the Development of Host Communities; and for Related Matters, 2021 (HB. 1061) and approve the recommendations therein.”

SunriseNigeria reported earlier this year that the Nigerian government added some changes to the Petroleum Industry Bill (PIB) which includes the reduction of hydrocarbon tax to 30% for converted leases, down from 42.5% in its original bill plan, in a bid to attract more investors to Nigeria’s oil and gas sector.

The federal government says it has commenced the review of salary scales for civil servants of ministries, departments, and agencies (MDAs) in the country.

Folasade Yemi-Esan, head of the civil service of the federation, said this during the 2021 public service lecture week on Tuesday.

In May, Zainab Ahmed, minister of finance, budget, and national planning, had hinted the federal government was ready to review its payroll to reduce the cost of governance.

Ahmed had explained that the federal government is not thinking of cutting wages but seeking pay parity.

Speaking at the event, Yemi-Esan said President Muhammadu Buhari has set up committee to harmonise salaries of civil servants.

She said there is also a sub-committee looking into the various salary scales to which she belongs.

“We have had two meetings since then, and we have been given just a month to submit the report to the larger committee,” she said.

“So once the work is done, though it is a great task, I can tell you that the committee will do the needful. The work is still ongoing, and you will get the report as we conclude.”

She said workers are not motivated to do their best because of the poor salary, adding that what motivates is giving the workers space, challenges and a boss that looks on them and recognizes their potentials.