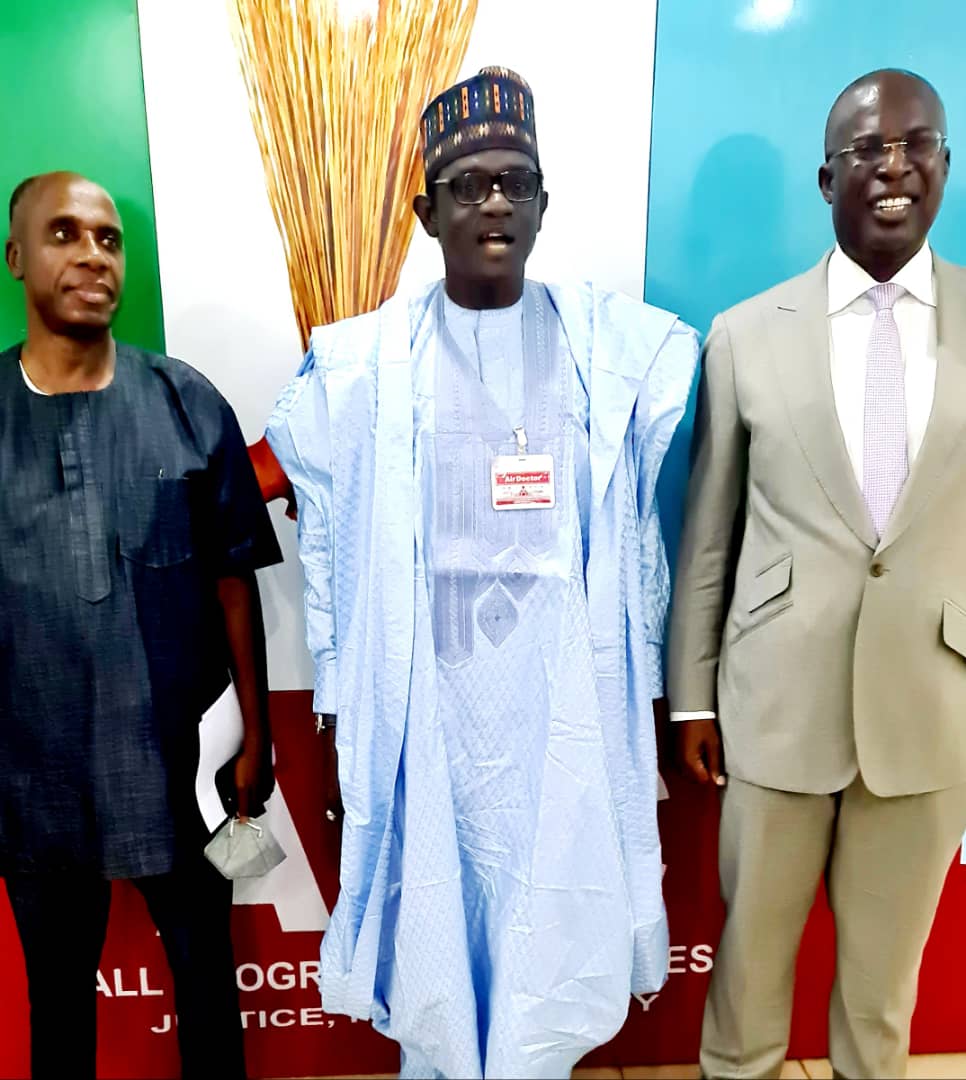 The Chairman of the All Progressives Congress (APC) Caretaker/Extra-Ordinary National Convention Planning Committee, governor Mai Mala Buni, has reconciled the Minister of Transportation, Rotimi Amaechi and Minister of State for Petroleum Resources, Timipre Sylva at the party’s national secretariat.

Both former governors, though in the ruling party together were divided by political interests.

However, the governor Buni led caretaker committee met with the duo behind closed doors on Monday.

A statement signed by the party’s spokesman Yekini Nabena, after the meeting said at the meeting, governor Mai Mala Buni charged the ministers to work together and lead the party’s efforts to reconcile aggrieved party members and reposition the party, particularly in the South-south region.

Ahead of the Governorship elections in Niger Delta states of Edo and Ondo as well as legislative By-elections in Bayelsa and Cross River states, Governor Mai Mala Buni charged the Ministers to play lead roles in bringing together party members and stakeholders to ensure that the APC is victorious.

“We have agreed that both of us will work together”, the Minister of Transportation, Rotimi Amaechi told journalists while accompanied by the Minister of State for Petroleum Resources, Timipre Sylva after the meeting with Governor Mai Mala Buni.

The statement described the move as “This indeed is another solid milestone in the achievement of the mandate given to the Governor Buni-led Caretaker/Extra-Ordinary National Convention Planning Committee to reconcile party members and reposition the party.”