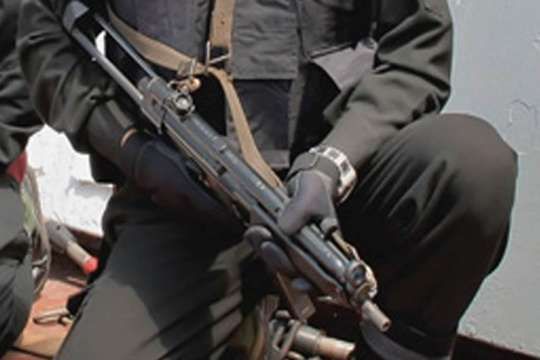 The incident which happened around 10 p.m. while people were still moving around the village resulted in six others being shot.

One of the survivors who is receiving treatment in a private hospital in Kachia, the council headquarters, told our correspondent how they were attacked.

“Some of us, mostly youths, were still hanging around the village square preparatory to going to bed when suddenly we heard gunshots. Before we could run away armed men wearing clothes that looks like military uniform came out from the surrounding bush and sprayed bullets on us Injuring six of us. Others were able to run away,” he said.

He added that the gunmen then went straight to the house of Bagudu Gambo, the 73 yr old man where they shot him dead in the house while herding three people they found into the bush.

Governor Lalong while reacting to the recent killing of four persons following attacks on some villages in Kwall District of the Local Government, said the development was worrisome and intolerable.

The Governor , according to his spokesman, Dr. Dr. Makut Simon Macham, directed the Peace Building Agency to visit the area and get to the root of the killings, adding that the situation must be brought under control immediately to prevent further degeneration.

He said “I want all those involved in these crimes to be arrested and made to face the full weight of the law. While this is going on, the machinery for dialogue, reconciliation and confidence building should be vigorously pursued by the Peace Building Agency with the support of the newly constituted Inter-faith Council. We will not tolerate any act that takes us back to the dark days of violence and destruction.”

While commiserating with the families of those killed, the Governor said all citizens must be security conscious and avoid any conduct that will jeopardize peaceful coexistence of the area and the State.