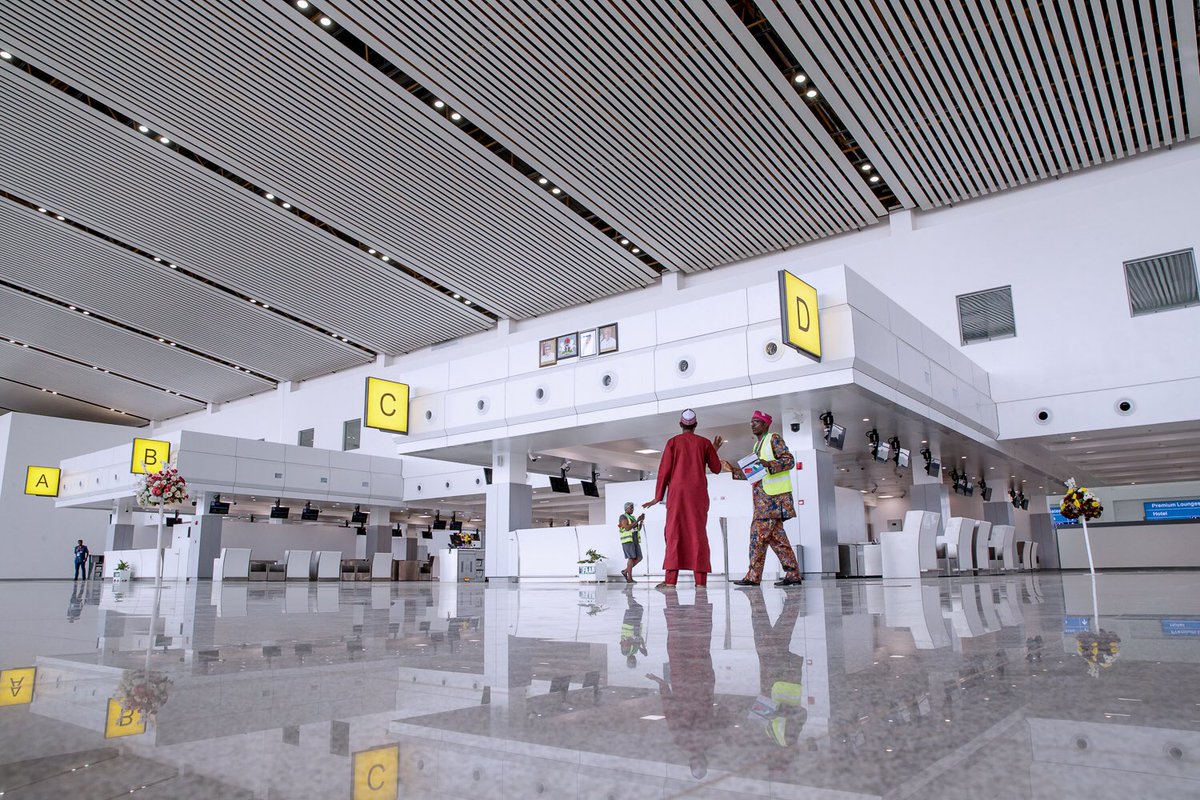 *As NAMA Boosts Its Search And Rescue Capacity With New Equipment
…
Minister of Aviation, Hadi Sirika has said following the losses suffered due to the closure of the airports for about three months, businesses in the aviation sector will be given opportunity to access a two-fold palliative from the Central Bank of Nigeria (CBN) and the Ministry of Finance and National Planning.

The minister who spoke in Abuja yesterday explained that the ministry was working on a two-pronged palliative for the sector.

“There are ones that we are organising through Central Bank of Nigeria (CBN) and that one is not for airlines alone. It is for the aviation industry, which includes travel agents, ground handling, catering, and of course, the agencies.

“So, the palliative is total. We are organising with CBN and it has been approved. They will apply for loan and the loan will be at five percent from 2021.

So, there is a template on how much they will apply for each business in aviation. So, everybody involved in the air economy is being looked out for in these palliatives.

He explained the second form of palliative would be “the one coming from the government through the Ministry of Finance and National Planning”. This, he however revealed, is still being worked out and would be made known “soon”.

Speaking further on the preparedness for flights resumption, the minister emphasised that aides to VIPs and other non travellers would not be allowed into the terminal building.

He said: “President Muhammadiu Buhari has approved the hitherto big men especially military men, ministers, NASS members, Judiciary, and governors are culprits in this. All their aides that are not traveling will not be permitted into the terminal building.”

As part of plans made to curb the spread of COVID-19, the minister also disclosed that the last row in the cabin would be reserved and used as isolation space in case anybody exhibits COVID-19 symptoms while the flight is on.

He explained that cabin staff have been trained to carry out necessary precautions and protocols in case of any emergency.

Also, food or any form of refreshment will no longer be served onboard to reduce the level of contact between passengers and cabin staff.

On the seating arrangement, he said: “To maintain safe flight, civil aviation has ensured that the air within the cabin is filtered and circulated. Once you are in the aircraft, if there is space, we will space it and if there is no space, we will sit normally.

“Risk of contamination is highly reduced when you are in the cabin. As the cabin air is coming down into the cabin, it washes from up, down to the bottom and we are mostly facing front while sitting. Because we are all facing one direction and the airflow is from up to down and because of that, the chances of the viruses and bacteria gaining way to you are reduced.

“The air will be circulated about 30 to 35 times within one hour. So, it is safe to say that no matter how we sit, from the scientific viewpoint, we are safe in the aircraft cabin.

Its Managing Director, Captain Fola Akinkuotu, who made this known, said the equipment were being distributed among the nation’s rescue coordination centres in Lagos and Kano and Rescue subcentres in Abuja, Port Harcourt, Maiduguri, Enugu, Ilorin and Sokoto.

According to Akinkuotu, the plotting equipment include workstations for digital plotting and topographical maps for manual plotting.

He listed others to include ICAO documents , IAMSAR Manual Volume 1,2 and 3 as well as Annex 12 Search and Rescue Preparation Manual.

Speaking on this development the Managing Director of NAMA Capt. Fola Akinkuotu said the agency took steps to procure the equipment in order enhance its preparedness and efficiency in Search and Rescue coordination in the event of any occurrence, especially given that the airports were about to be reopened to commercial activities.

“For instance the workstations which came with software applications for digital and faster plotting will aid our personnel in precisely locating where an incident or accident occurred,” he said.

Akinkuotu also revealed that in addition to the facility upgrade, the agency recently recruited experienced Search Mission Coordinators to be on 24 hours watch at both the Rescue Coordination Centers and Rescue Subcenters, saying that dedicated telephone numbers and email addresses of the above Search and Rescue centers have been published in the Aeronautical Information Publication (AIP).

“So, having beefed up the capacity of Search and Rescue unit at the two Rescue Coordination Centers and at the six Rescue Subcenters in the country, NAMA is more prepared than ever before in terms of human capacity as well as equipment upgrade.

“In the last few years the agency has trained different categories of critical personnel both in Nigeria and outside the country in Search and Rescue Coordinator courses in line with ICAO Standards and Recommended Practices (SARPs),” the NAMA boss said.