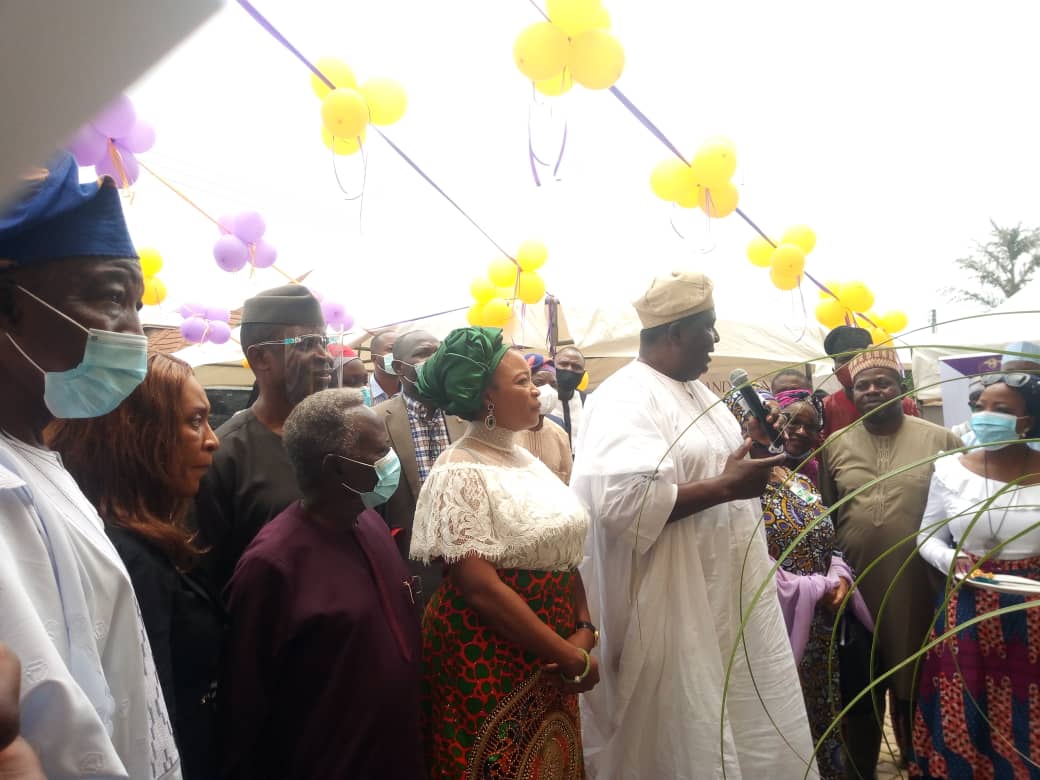 Director General of the National Council for Arts and Culture (NCAC) Otunba Olusegun Runsewe, said his organisation has been able to recover about five hectares of land meant for Art and Crafts village which were illegally acquired by some Nigerians in the Federal Capital Territory (FCT) Abuja.

Otunba Runsewe lamented that the country has left behind the biggest secret, which is the development of culture and tourism, adding that about 17 countries in Africa rely only on that to develop their economy.

Speaking as the chairman of occasion at the grand launch of the Masterminds Catering & Culinary Institute (MCCI) Tuesday in Abuja, the Art and Crafts boss said Art and tourism is the only sector that nobody is a failure, adding that even with F9 one can can be useful.

“The biggest secret this country is leaving behind is the development of culture and tourism. Over 17 countries in Africa today rely on this product. MCCI has done something that reawakening us to the reality of life. The sector is the only sector that nobody is a failure, even if you make F9 you are useful, you don’t need PhD to make Amala.

“So many graduates are at home doing nothing because we need people that have practical knowledge of what they are saying. That is why I am personally supporting MCCI for all of us to cash into it. It is a capacity building approach which we all need.”

Revealing how he recovered about five heaters taken away from Art and Crafts village, Runsewe asked: “How many of you know Yar’Adua Centre, Silverbird, all these places in Abuja, including the back were meant for the Nigerian Culture to promote Arts? But they cut it from 23 hectares to 3 hectares and sold the rest off.

“When I became Director General, they approached me that Otumba, don’t let your own be different, that is how we do and I said no, posterity will judge us. Do you know that some of you read it that Otumba was arrested. Nobody arrested me. They planned for me to intimidate me to withdraw my statement and a Judge pronounced me wanted to go prison. I called a press conference and I told the whole world in that land we met 26 stolen cars, four armed robbers living there, some AK47 guns, cocaine. That land I have recovered it back for the government.

“The whole land in that area is owned by Arts and Crafts village but it has been taken over and sold.

“I know some of them have been built but the ones that have not been built we must take it back and give it to Nigerians.”

When asked about the faith of Silverbird Galleria and Ya’Adua centre, Runsewe said: “Those ones are already built there’s nothing we can do about that, but the remaining ones, we have enough space to do what we can do.

“Now we are going to open it and all of you will be there and you can see that during the tenure of Otunba Runsewe something has been done.

We recovered the remaining 5 hectares to make the total 8 hectares. At least it is better than none. What is most important is that that property today belongs to you and me, it belongs to every Nigerian.”

Runsewe, however urged Nigerians to change their attitude toward development of Art and tourism in Nigeria.

Speaking earlier, the keynote speaker and former presidential candidate of the Abundant Nigeria Renewal Party of Nigeria (ANRP) Tope Fasuba, urged Nigerians to strive to add to the forward movement of Nigerian economy through hard and smart work.

“We must keep engaged, doing something, creating something, all the time. We must deploy, motive and empower ourselves,” he said.

The organisation said it is coming on board to alleviate poverty and bring about gender parity for men and women to learn the skills on the culture of how to be excellent and give excellent service delivery in the hospitality industry.

“We are here to close the skills gap in the hospitality and tourism sector.

“We believe and know that hospitality industry is one of the industries that provide the highest level employment anywhere in the world and we want to be partner in achieving the dream of putting Nigeria on the world map as one of the best hospitality destinations.

“We will use our knowledge and skills and facilities to make sure our learners get the proper skills set that will put them at par with their contemporaries all over the world.”

The MCCI Rector also revealed that the institute will empower about 500 individuals in the next two years.

“It is our target that in the next two years, mastermind catering institute would have trained over 500 enthusiastic individual in the hospitality in various sectors of the industry which are food and beverage production, food and beverage service, hotel accommodation and house keeping service.”