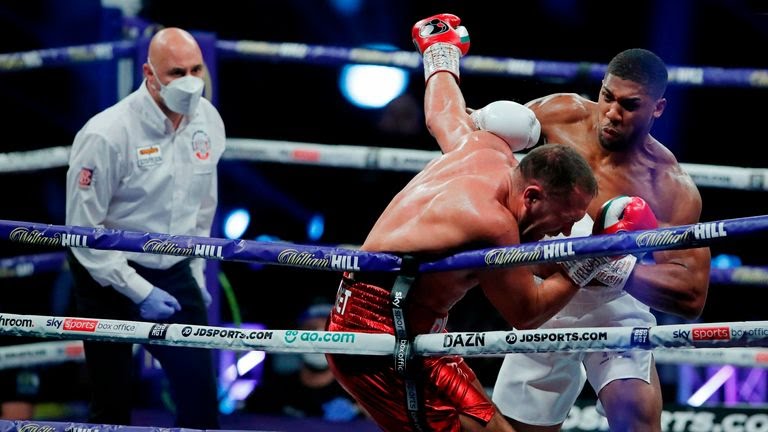 Anthony Oluwafemi Joshua brutally knocked Kubrat Pulev out in the ninth round of their world heavyweight championship fight at The SSE Arena, Wembley, on Saturday night.

Joshua floored Pulev heavily on three occasions, twice in the final round, and ended the fight with a vicious right hand to retain his IBF, WBA and WBO titles.

The explosive performance from Joshua would have demanded the attention of Tyson Fury – they remain on a collision course to decide an undisputed champion in 2021.

Undefeated WBC champion Fury holds the only major belt outside of Joshua’s grip and a meeting between them would be the biggest match in world boxing – after delivering this thrilling knockout in front of a crowd of 1,000 people plus boxing great Floyd Mayweather, Joshua moved a step closer to making it a reality.

His first fight since avenging a shock defeat to Andy Ruiz Jr a year ago would have ended explosively in the third round had his challenger Pulev not possessed a warrior-like determination to continue when he was felled, but there was no escaping the eventual knockout.

Joshua barely broke eye contact with his challenger from the moment he strode over the top rope and into the ring, then their pre-fight fist bump was aggressive and intense.

When the punches began flying, Joshua landed a series of jabs and Pulev clipped him back with a left hook.

When Joshua let his hands go for the first time with a four-punch salvo in the second round, Pulev smiled sarcastically back at him.

Joshua smashed Pulev with a perfectly-timed right hand in the third round that badly hurt his challenger.

Joshua hunted him, desperate for the knockout, and landed a brutal barrage of uppercuts and hooks which eventually toppled Pulev to the canvas.

It seemed likely to be all over but Pulev, whose only previous loss in 29 fights was against Wladimir Klitschko, survived to the bell after which he threw an illegal shot that fizzed past the champion’s face.

Joshua, eyes bulging and tongue out, stared a hole through Pulev and spoke to him as the next round was set to begin.

He regained his composure and, in the fifth, cracked home a big right hand which didn’t budge Pulev, who ended the round strongly after some feisty back-and-forth trash talk.

A spiteful fight became gritty and rugged in the sixth when Pulev began winging wild swings that didn’t hit their target, but did force ugly exchanges.

Three consecutive uppercuts from Joshua hurt Pulev in the seventh but still the tough Bulgarian would not cede ground.

Pulev then landed his best punch, a straight right hand, in the eighth.

But Joshua closed the show in the ninth with another colossal uppercut which crumpled Pulev to the floor for the second time.

Still Pulev rose but a right hand from Joshua sent him flying backwards and split his lip bloodily, ending the fight in a flash.

The fight that the boxing world now craves is Joshua vs Fury – they each have other challengers circling, Oleksandr Usyk and Deontay Wilder respectively – but the two Brits putting every heavyweight belt on the line would be an historic occasion.

The Fight In Pictures:

Liverpool among clubs ‘pushing for Chukwueze’ 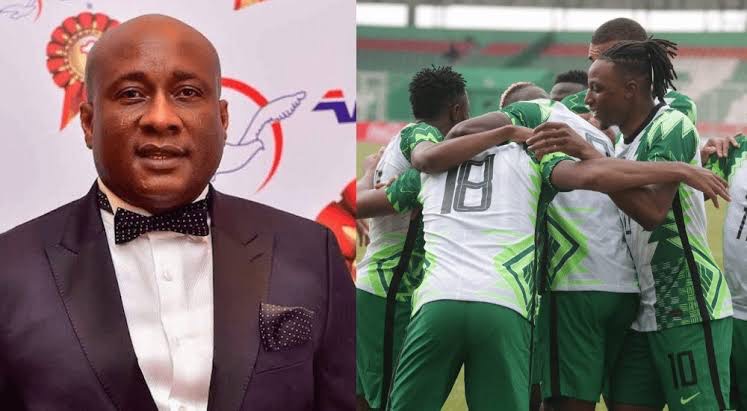 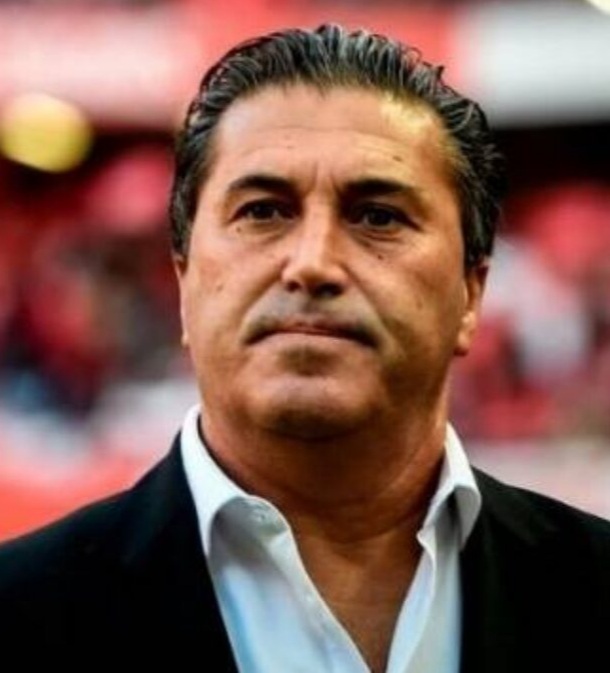 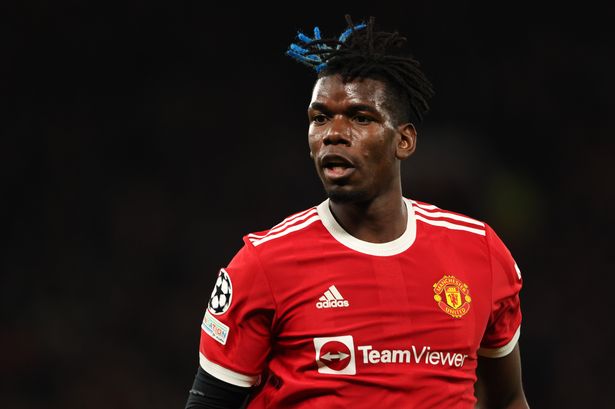