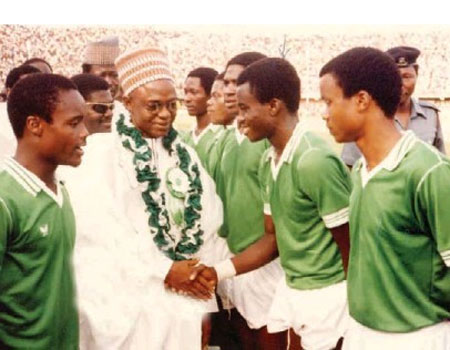 The Mother of late Captain of the Flying Eagles Ali Jeje Ibrahim, Hajia Khadija Inuwa Ali, became the latest beneficiary of the largesse being extended to mothers of Former National team players and athletes when she was given cash, food items and provision at her Jos, Plateau state residence on Thursday.

The Minister was represented by another former International Sam Pam Adamu Jr.

The Minister said the gesture of assisting the aged mother was to appreciate the immense contributions of her son Ali Jeje to the development of Nigerian Football. 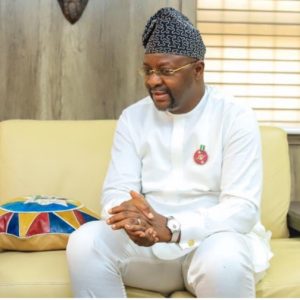 An elated Hajia Ali said she was surprised that the Minister could remember her, years after the demise of her son. She said the Minister’s gesture not only lifted her spirit , but convinced her that her son did not labour in vain. She expressed delight that the gesture came at the right time during the Holy Month of Ramadan.

“May God bless the Minister Mr. Sunday Dare and the government for remembering me. That means my son did not labour in vain. God will reward the Minister for his kindness,” Hajia Ali said.

Ali Jeje captained Nigeria to the World Youth Championship in Mexico in 1983, after leading the team to win the Africa Youth Championship, known as the Tesema Cup in the same year. He died on December 12th, 2007 following a brief illness.

He played club Football for Mighty Jets of Jos and Abiola Babes of Abeokuta.

Dortmund Thrash Schalke 4-0, As European Football Returns With The Bundesliga 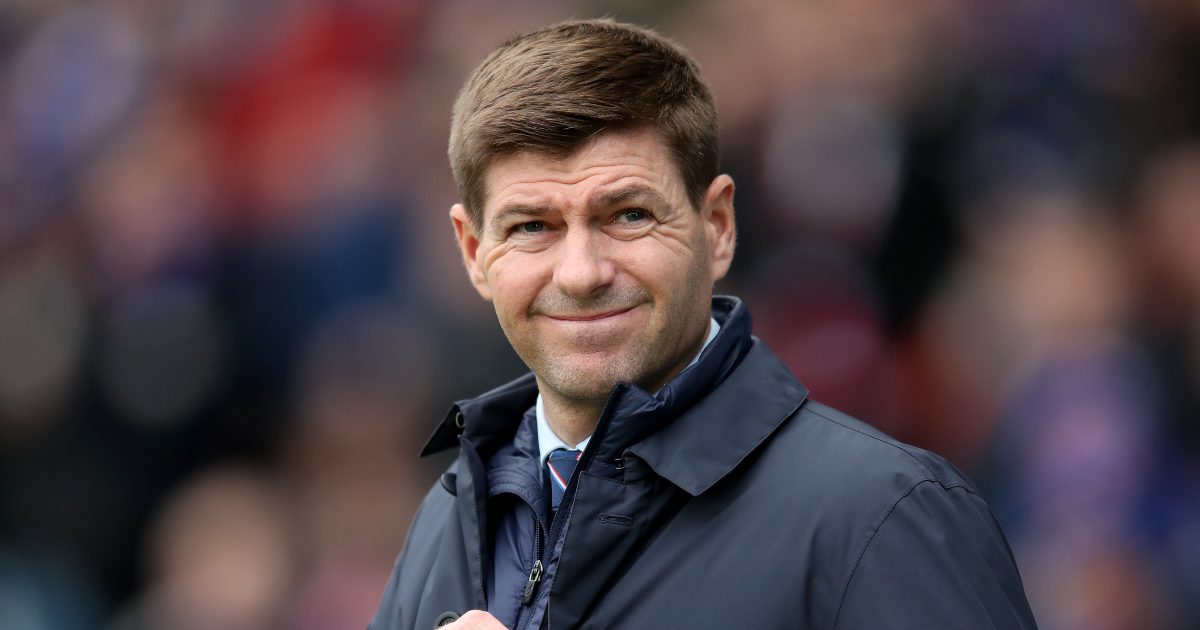 Steven Gerrard has been sacked as manager of Aston Villa after just 11 months in charge.
Former Tottenham boss Mauricio Pochettino and ex-Chelsea manager Thomas Tuchel have been linked with the role, but whether either man could be enticed to Villa Park remains to be seen.

Gerrard’s sacking was announced immediately after his side suffered a comprehensive 3-0 defeat against Fulham at Craven Cottage – Villa’s sixth defeat in just 11 Premier League games.

A statement released after the match read: “Aston Villa Football Club can confirm that head coach Steven Gerrard has left the club with immediate effect.

“We would like to thank Steven for his hard work and commitment and wish him well for the future.”

First-team coach Aaron Danks will take charge of the team for Sunday’s Premier League match against Brentford at Villa Park.

The former Liverpool midfielder replaced Dean Smith at Villa Park in November 2021 but lasted less than a year before becoming the fourth top-flight manager to lose his job this season, following Scott Parker, Thomas Tuchel and Bruno Lage.

Gerrard admitted he was in a “very difficult position” straight after Villa’s hefty loss in south west London.
The former Rangers manager insisted he would not quit his role but was given no choice in the matter as Villa’s board acted swiftly to remove him.

“I’ve been sending messages to the fans for the last few weeks because I certainly share their frustration and their pain,” said Gerrard in his post-match press conference.

“I’m someone who is honest. I know that they’re not enjoying it at the moment – I’m certainly not – so we’ll see what happens moving forward. But you know and I know I’m in a very difficult position right now.

“The performance was miles away from what I want, expect and stand for. I understand the fans’ frustration and it was so far from how we looked at the weekend. We’re in this situation, I’m in it to face the tough questions because the reality is it’s not good enough for the club.

“Those decisions are out of my control. I have been around the game a long time, I understand the situation and won’t sugar-coat the situation or give anyone false lines. I want to be as honest as I can. 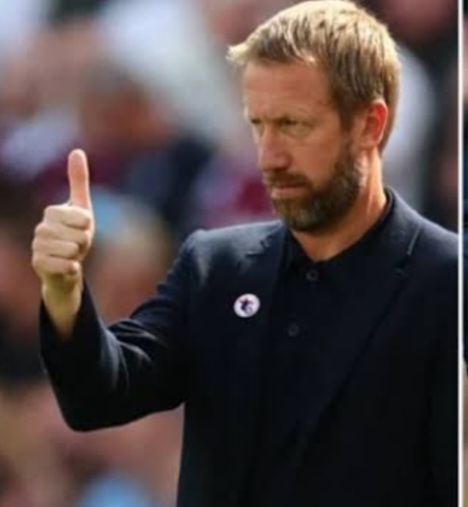 Chelsea has announced the appointment of erstwhile Brighton and Hove Albion Manager as the new Manager at Stamford Bridge. The appointment follows the recent sacking of Thomas Tuchel after guiding the side for two years.

•First game will be derby clash
with Fulham

Chelsea confirmed Potter’s arrival in an official statement on Thursday, with the 47-year-old departing Brighton after three years in charge at the Amex Stadium. Potter has been handed a long-term contract after replacing Tuchel, whose 20-month reign at Stamford Bridge ended following the Blues’ surprise Champions League group stage defeat against Dinamo Zagreb.

THE BIGGER PICTURE:
Potter guided Brighton to their best-ever top-flight finish in 2021-22 as they secured ninth place, and they also made an impressive start to their latest campaign under his stewardship. He leaves Brighton sitting fourth in the Premier League after six matches – three points ahead of his new employers Chelsea.

AND WHAT’S MORE: The Blues’ newest head coach has a huge job on his hands to steady the ship at Stamford Bridge. Chelsea spent more than any other club in the summer transfer window to bring in the likes of Raheem Sterling, Kalidou Koulibaly and Wesley Fofana, but Tuchel was unable to deliver instant results with a new-look squad. Potter, who also reunites with former Brighton defender Marc Cucurella, will face the same level of pressure as an expectant board continues to set the loftiest of expectations.

WHAT WAS SAID:
‘I am incredibly proud and excited to represent Chelsea FC, this fantastic football club,” Potter said in a statement. “I am very excited to partner with Chelsea’s new ownership group and look forward to meeting and working with the exciting group of players and to develop a team and culture that our amazing fans can be proud of.”
(Goal.com) 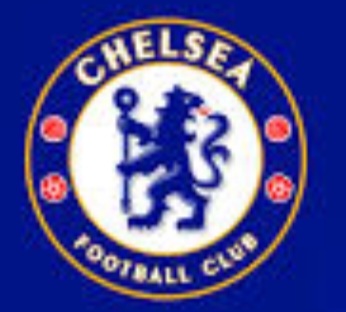 Chelsea on Thursday confirmed that their defender, Dujon Sterling, has left the club to join Stoke City on a loan deal.

The Blues disclosed this in a statement via its website on Thursday.

The statement read in part, “Dujon Sterling is returning to the Championship on loan where he will play for Stoke City this season.

“The right-sided defender was in that division at Blackpool last season where he made 25 appearances prior to injury, having previously had loans at Wigan and Coventry.

“The 22-year-old, who came through our Academy, signed a new Chelsea contract until June 2023 a year ago. He has one appearance for our men’s first team, in a League Cup game against Nottingham Forest in 2017/18.”

Arsenal came forward with an unsuccessful £20million bid for Luiz on Thursday.

However, their second bid of £23m plus add-ons was also turned down later in the day, according to talkSPORT.