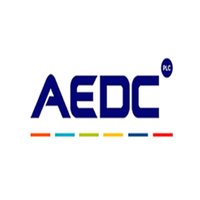 Some parts of Abuja will witness interruptions in power supply as the Transmission Company of Nigeria (TCN) conducts maintenance work, the Abuja Electricity Distribution Company (AEDC) on Tuesday announced.

It said the TCN team will do a re-string on the vandalised portion of the 132kV line transporting energy from Gwagwalada transmission station to Apo/Kukwaba TransmissionStations.

The AEDC in a statement issued by the General Manager Corporate Communications, Bode Fadipe said the interruptions will last between January 26 and 28, 2021.

“The essence of this interruption is to enable the maintenance crew of the TCN re-string the vandalised portion of the 132kV line transporting energy from Gwagwalada transmission station to Apo/Kukwaba Transmission Stations,” it said.

However, it said plans to back-feed affected areas have been put in place adding that: “This will, however, engender a load shedding regime since existing nearby feeders will be saddled with more loads that they hitherto were not carrying.”

While appealing for the understanding of affected customers, AEDC said the replacement and restoration of the Gwagwalada – Kukwaba 132kV line by the TCN will give it the opportunity to optimise the use of the line.