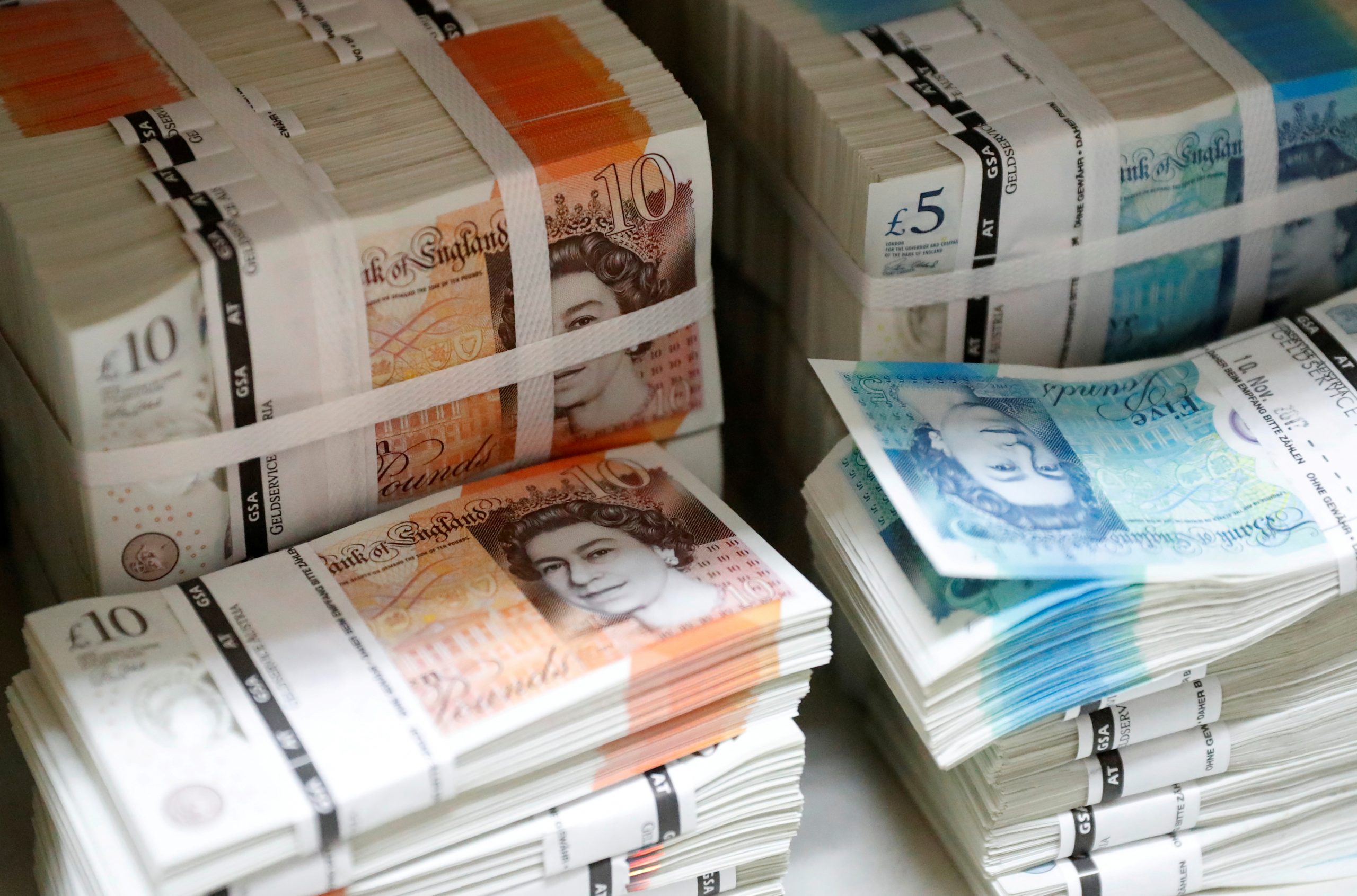 The Delta State Government has said it has not seen the £4.2 million Ibori loot the Accountant General of the Federation, Mr. Ahmed Idris claimed the Federal Government has repatriated to it.

He was reacting to reports in a online newspaper, TheNewsGuru.com, that the state government had refuted reports that the £4.2m looted by former Governor James Ibori from the United Kingdom has been returned to the state coffers.

TheNewsGuru.com, TNG reports that Idris had on Tuesday said the funds had been transferred to the Delta State Government when he appeared before the House of Representatives’ Ad hoc Committee on Assessment and Status of All Recovered Loots Movable and Immovable Assets from 2002 to 2020 by Agencies of the Federal Government of Nigeria for Effective Efficient Management and Utilisation.

The Accountant-General told the Committee such funds looted from the treasury of a state are always returned to the state when repatriated.

“It was paid to Delta State,” he said when asked where the money was diverted to. “So such recoveries go specifically to those states. Honourable Chairman, any recovery arising from the looted funds from a particular state goes to the state. The state governors will not even allow this to fly.”

“You know they will not. They will take the Federal Government to court for holding their money. So we don’t joke or play with that, we pay them their money,” the AG told the House Committee on Tuesday.

‘Delta yet to receive a dime from FG’

However, in a swift reaction, the Delta State Government when contacted said neither the repatriated £4.2m looted funds nor the monthly allocation (May FAAC) had been received from federal government.

Sources close to the Governor Ifeanyi Okowa-led Delta State Government confided in TNG that the state has neither received the funds nor communicated to of the readiness of the federal government to do so.

“We have been bombarded with calls since the Accountant General made that unsubstantiated claims of the transfer of the funds to the Delta State Government. You are aware of the stand of the Attorney General of the Federation some few days back that the state won’t have a share of the money with FG despite efforts by the governor. Where the new development is coming from is still unknown to us. As I speak with you, we are yet to receive the monthly allocation. There is nothing to hide. Once the funds are transferred to us, Deltans and indeed the entire nation would be adequately informed and carried along on the expenditures, a top Delta State official told TNG on Wednesday morning.

TNG reports that Attorney General of the Federation and Minister of Justice, Abubakar Malami had last week during a monitored interview on Channels Television ruled out the possibility of sharing the funds with the Delta State Government.

TNG reports that the Delta State Government and Niger Delta groups have earlier requested that the funds must on repatriation from the United Kingdom be transferred back to the state where it was pilfered from.

“I have spoken with the attorney-general of the federation. My attorney-general went to have a meeting with him. I think that we are working and we are likely to come on the same page. We have written a formal letter of protest to Mr President.

“We have made two suggestions; return the money directly to us or apply it directly to projects that we feel are of importance and are in Delta State so that Deltans can directly benefit from the repatriated funds and I don’t think anybody can fault that line (of thinking)”, Governor Okowa said in an interview in a recent interview on Channels TV.

However, the AGF said Nigeria would not deviate from the agreement reached with the United Kingdom government concerning the disbursement of the fund.

Malami while responding to questions on a monitored Channels Television programme last week said the government would expend the funds on projects. He listed the projects the money would be spent on according to the agreement reached.

The minister said, “The way international diplomatic processes operate with particular regard to the recovery of looted asset is more or less about engagement among the nations of interest.”

Okowa must use funds judiciously for benefits of all Deltans – APC

Meanwhile the Delta Chapter of the All Progressives Congress (APC) has called on Governor Ifeanyi Okowa to make judicious use of the funds.

The party’s State Publicity Secretary (Caretaker), Mr Sylvester Imonina, made the call in a statement on Tuesday in Asaba.

He commended the House of Representatives Adhoc Committee on ‘Assessment and Status of all Recovered loots; Movable and Immovable Assets from 2002 to 2020,’ for effective and efficient management of the situation.

He said “The Accountant-General of the Federation, Mr Ahmed Idris, told members of the committee and Nigerians that the recovered 4.2 million pounds allegedly siphoned by former Delta  Gov. Chief James Ibori, has been paid into the state government account.

“This step is commendable. Indeed, we of the Delta APC want to appreciate the President Muhammadu Buhari for making sure that what was looted from Delta was brought back to the state for its development.

“We are indeed grateful to Mr President for the fatherly disposition used in handling the circumstances and issues surrounding the recovery and the return of same to the state.

“Compared to some states in Nigeria of today which receive less amount of monies from the federation account,  there is no gainsaying the fact that the spirit of rapacity still exists in some government officials in Delta.

“For the sake of our dear state, we call on the State Governor, Sen. Ifeanyi Okowa, not to allow this economic lifeline (monies) to go the way of the past.

” The people of the state want to see positive changes in their lives,” he said.

Imonina urged the governor to be transparent in handling the recovered money and other monies accruing to the state.

“As a matter of fact, we urge the governor to tie this money to specific projects in the state.

“This will in no small measure bring joy to the people whenever they see the projects this money is used for,” he said.

He, however, said the people still feared that the returned money would likely be re-looted by those in government.

“To allay this fear, PDP led-government should be patriotic in its acts of governance.

“The APC noted that in view of the happenings in the state, the yearnings of people should not be brushed aside.

“On the other hand, the party calls on all citizens to be at alert and ask questions with follow-up actions on how what belongs to the state is expended by the Okowa led-government,” he said. 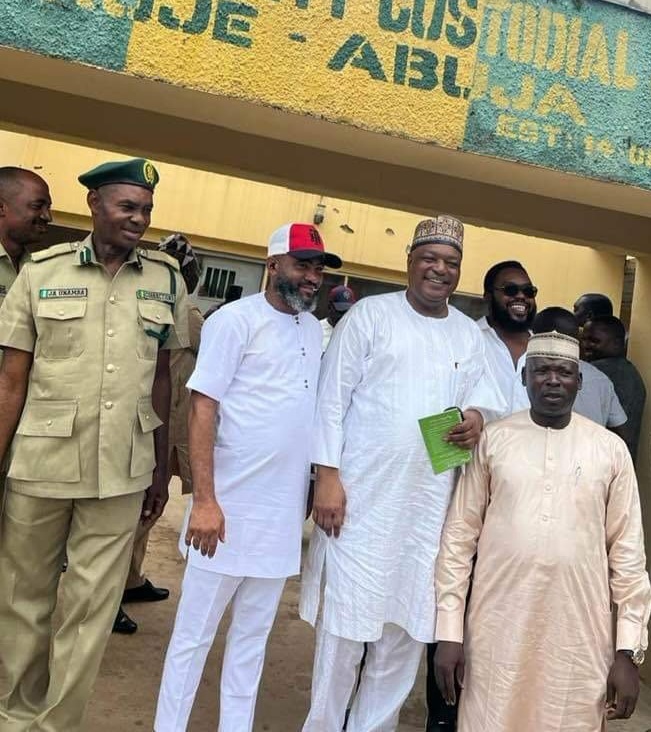 They were serving jail terms for corruption allegations until they were granted a presidential pardon by President Muhammadu Buhari a few months ago.

The Council of State had approved the pardon alongside 157 other convicts in April this year.

The former governors were convicted by Justice Adebukola Banjoko of the Federal High Court, Abuja in 2018.

Dariye was convicted of stealing N1.16 billion while serving as Plateau governor from 1999 to 2007 and was sentenced to 14 years in prison. But his term was eventually reduced to 10 years by the Court of Appeal in Abuja, while his conviction was affirmed by the Supreme Court.

Nyame, who was Taraba governor from 1999 to 2007, was convicted of stealing N1.6 billion from the state’s treasury and was sentenced to 12 years in prison. The judgment was also upheld by the Supreme Court. 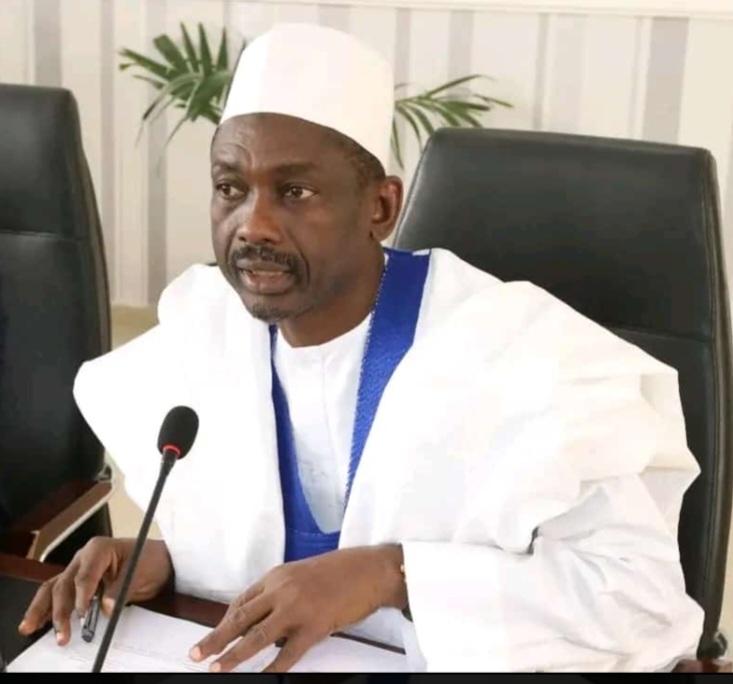 Former Director-General of the National Space Research and Development Agency, NARSDA, and one-time governorship aspirant,  Professor Seidu Muhammed Ogah has been confirmed dead. It was gathered that he died in Abuja.

A statement by Agency disclosed that the former NARSDA boss died at Nisa Premier Hospital in the early hours of Monday. .

”It is with the deepest sadness that we announce the passing of Prof Seidu Mohammed Onailo, our former Director-General, National Space Research and Development Agency, NARSDA which occurred on August 8, 2022, at Nisa Premier Hospital in Abuja,” the statement read.

The 62-year old former NARSDA boss,  a Professor of Space Science,  hailed from Abejukolo in Omala Local Government Area of Kogi State and is survived by his wife, children and other relatives.

He also served as a senior lecturer in the department of Geology, University of Jos from 2007-2009. Over the years, he made significant contributions to the development of models for desertification assessment and predictions in the North West region of Nigeria. This model has been applied by the National Space Research and Development Agency (NASRDA) as well as other Nigerian institutions in studying the menace of desertification in the country. The model is currently being used to study the green belt region in West Africa.

An erudite scholar prolific writer,  he had over 40 publications in applied space science. He has made tremendous contributions to the implementation of the space programme in Nigeria.

Under his leadership at NARSDA, Nigeria launched three satellites. He was the Chairman, Governing Board, African Regional Centre for Space Technology Education, Ile-Ife as well as the Chairman, Board of Directors, GeoApps + Limited.

Meanwhile, reactions and condolence messages have been coming in, as the people mourn the demise the thoroughbred intellectual.

Reacting to the death of the foremost academic and researcher, prominent indigene of Abejukolo and Special Assistant to the Minister of Aviation, Dr James Odaudu said the death was a great loss to the people of Omala Local government, Igala Kingdom, the Nigerian nation and the academic world.

“Professor Seidu Mohammed was not only a leader of the people of Omala Local government, Kogi State and the entire nation, but an intellectual colossus whose academic works have been of immense benefit to scientific research, especially in the area of remote sensing”.

Director-General of the National Productivity Centre, Dr Kashim Akor in a message of condolence to the family and people of Kogi State described the death of the space and remote sensing expert who developed and advanced space technology across the continent, as a colossal loss to Nigeria.

He further described the space Professor as a rare gem who had distinguished himself both in the academic, administrative and space management across the world.

He said during his tenure he resolved alot of thorny issues in the country with the aid of space technology, as he was still rendering professional advises to the current handlers.

Idris who expressed shock over the sad development, described his death as a great loss to Kogi State and Nigeria at large.

The former Governor stated that his death came at a time when his services were needed both at the state and national level, praying to Almighty God to forgive him his shortcomings while on earth.

His burial is expected to be held at Abejukolo in Omala Local Government Area of Kogi State Tuesday according to Islamic rites. 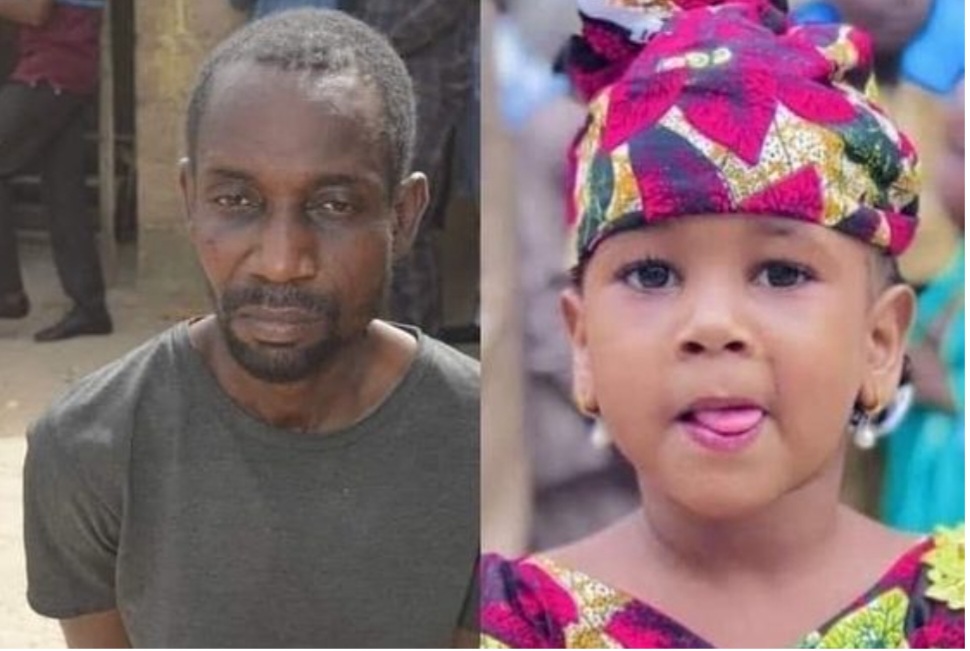