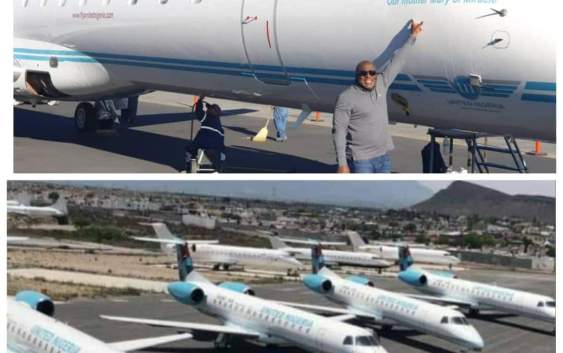 Chairman of United Nigeria Airlines, Mr. Obiora Okonkwo, has called for a special window where airlines can access foreign exchange to solve myriads of issues. He lamented the difficulty in accessing FOREX, which he said was capable of frustrating airline business in Nigeria.

According to him, owing to this, domestic carriers are finding it difficult to acquire spares, carry out maintenance of their aircraft, pay for technical training of personnel and lease aircraft.

His words: “Moving forward, the issue of foreign exchange sourcing and processes; there must be a special window for the airlines because today, if the bidding process goes through the banks bi-weekly, that is every two weeks, you have already spare parts to pick immediately and you wait for two weeks to go to the bidding and then you need $100,000, you get $10,000.”

“There must be a special funding process to support the airline business because almost 99 and half percent of volume need to be paid, airplanes fly, they are all important, and your ticket sales are in Naira. You are not even allowed by the policy to receive payment in foreign currencies. So, I really think that a lot has been done but more can be done to make it better,” he added.

Foreign exchange still remains a big problem for airlines in Nigeria. That single component can cause an airline to go under. Airline operators have discussed the issue of the foreign exchange and availability and the rate extensively at many fora.

They have argued that even if they have capacity, increase and everything; if the dollar keeps rising or if the airlines cannot access foreign exchange, it will hinder their growth, it will also increase the ticket price.

If they do not have access to the dollar, it affects them, because if they leased aircraft or leased engines or leased landing gears, they are paying definitely in dollars.

He further reiterated that local airlines would only survive if the federal government provides foreign exchange for them, stressing that the sourcing of foreign exchange from autonomous markets at N480 to a dollar, noting that, “even if you go there, you might find it difficult to find the dollar.”

He attributed one of the reasons for airlines’ failures to wrong perception and not necessarily because of business plans, adding that the sector needs so much support and policies to support airline business.

Okonkwo admitted that a whole lot still has to be done from all sectors including friendly government policy, regulatory, describing it as a very sensitive industry that is very important for trade, movement of people and an important sector to the Gross Domestic Product (GDP) to the economy.

“It is a good source of government revenue, it should be given greater attention than it’s given now. It should be treated more kindly than it’s being done now. I think there is a better opportunity, a better platform for me to use the experience I have gone through in this process probably to add to the policy advice.

“They have to look at the support system. You know COVID-19 affected airlines very badly all over the world. Countries supported their airlines to remain in business. There have been announcement made I don’t know of anybody who have accessed that, it is a very serious issue to be out of business for many months.”