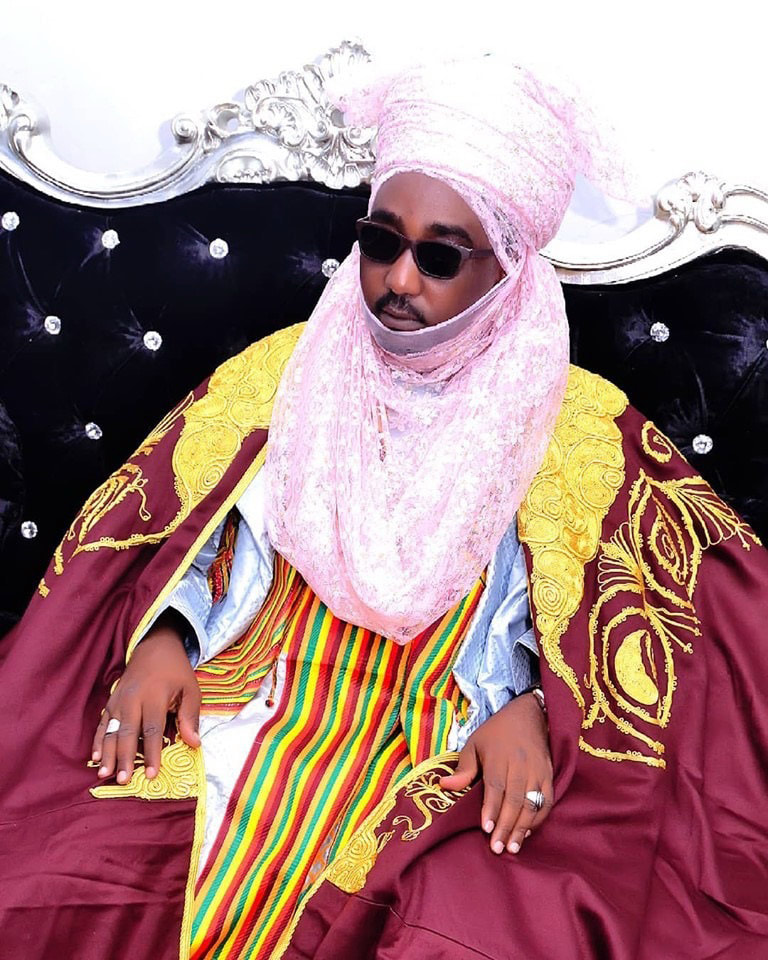 A statement by Jaafaru Ibrahim Sani, the State’s Commissioner for Local Government Affairs confirmed the appointment.

Currently Nigeria’s Ambassador to Thailand, His Excellency Ahmed Nuhu Bamalli is among the most visible diplomats in Bangkok, and that’s not only because of the elegant traditional outfits that make him stand out in a crowd.

The highly educated Nigerian ambassador has been an active member of the local diplomatic corps since coming to Thailand in November 2017. “I enjoy my work here and I am happy. What’s more, the Nigerian mission here is accomplishing our tasks and mandate,’’ said Mr Bamalli in a recent interview at his embassy in Bangkok.

During the course of the interview he explained that Nigeria is no longer a big consumer of Thai rice, but is now importing Thai rice processing equipment and expertise. He sees many more opportunities for next-level cooperation between Thailand and his oil and gem-rich nation.

The ambassador was born on June 8, 1966 in Zaria city of Kaduna State, which is one of the oldest provinces in northern Nigeria. “It is an emirate, founded by my great-grandfather around 1804. Prior to that, it was a part of various kingdoms and settlements. But from 1804 there has been an emirate system operating in the whole of northern Nigeria, and it is still in place today.

“My late father, H.E. Nuhu Bamalli, held the princely title of Magajin Garin Zazzau. In the English translation it is much like lord mayor. The title is given to the second most senior royal family member in the Zaria emirate.

“On October 1, 1960, Nigeria became an independent state. My father was an important figure in the struggle for independence. He was appointed a junior minister in the Ministry of Foreign Affairs (MFA) in 1960 and in 1965 became the Foreign Minister. In fact he addressed the UN General Assembly in New York that same year.

“After his passing in 2001 at the age of 84, I took over the Magajin Garin Zazzau title. However, since I am still pursuing my career I don’t stay in the emirate to oversee a district like most of the title holders. Therefore, I only retain the title and then advice the emir from time to time when the need arises. The emir assigns some responsibilities to me, especially representation in functions that he is not personally attending.

“I took my primary and secondary education in Kaduna city and then went to Ahmadu Bello University, Zaria to study law. That’s my first degree; I also have a Master’s degree in international affairs and diplomacy, and I’ve taken courses at a number of educational institutes at home and abroad, mostly for short programs on leadership. I attended Harvard and Oxford universities as well as Northwestern University in Chicago and the University of Pennsylvania.

“Most of my professional life has been in the banking sector, even though I studied law and international relations. From conventional banking I moved to Nigerian Security Printing and Minting, which produces our currency as well as security papers for the Nigerian government. I held two positions there: executive director of corporate services and general administration, and subsequently, managing director on the board of directors, where I served for almost two years.

“After leaving the minting company, I went back to Oxford University to study. I was at the university when the present government invited me to be a part of the transitional committee in Kaduna State. After the transition period I was appointed to the Electoral Commission in my state, and a few months down the line I was nominated by President Muhammadu Buhari to be Ambassador to Thailand. So as you can see, I came to diplomatic service in a roundabout way.

“I joined the Nigerian foreign ministry in late 2016.

This is the ministry where my late father and other top pioneer diplomats laid the foundation of foreign service in Nigeria. I accepted because I’ve always felt a connection with foreign services, and with my family and educational background I’ve found it very easy to adjust to this position. My younger brother is a career diplomat. He is currently an assistant director at the MFA’s Trade and Investment Department. He has served in Ireland and Ghana and is now back in Abuja (Nigeria’s capital), waiting for another posting.”

“I arrived in Thailand for the first time in November 2017, when I took my ambassadorial post. My first Asian trip was to Malaysia. My term is four years, which can be extended depending on the wishes of the government. I also cover Myanmar, where there is a large Nigerian community,” Mr Bamalli said.

“We have a good working partnership with the Thai government that builds on the cordial relations that began soon after Nigeria’s inception in 1962. That very year our two countries established diplomatic relations. Our embassy was opened in Bangkok in 2000,” said the ambassador.

“When I first arrived the embassy was in Sukhumvit Soi 71. We moved to the current location in Sukhumvit 61 in May 2018. I like this place. It is very good in terms of security and it’s a great neighborhood. There are a number of ambassadors residing in this area. It is a very quiet area. My family lives outside the embassy and we love the place.

“The embassy has seven officials from Nigeria and about 16 Thai employees. When our citizens need consular assistance they come here. We have an immigration and passport control area at the embassy and we do all the passport services here. Our Consular section is very busy because we issue documents to our citizens living in the Philippines, Hong Kong and Cambodia from here. A diplomat just took 200 passports from the embassy to our people in the Philippines. We have a consulate there but they don’t issue passports. We process everything here and send it to the Philippines or to other countries with our diplomats. It takes our nationals 17 hours to fly to Nigeria to obtain a new passport, which is not feasible.

“In 2018 about 1,400 Nigerians resided in Thailand, but I think the number has gone down significantly since then. Now it is maybe 700 to 800. Our nationals are not obliged to register with the embassy but we would prefer them to do so if they plan to stay here long-term.

“People don’t normally come to the embassy unless they have issues. The relationship between Nigerian citizens here and Thai authorities has improved significantly since my arrival and most Nigerian citizens here now have their documents in order and everything is valid. The harassment of our nationals has decreased. It used to be bad,” said Mr Bamalli.

“Some of our nationals hired Thai lawyers, but they couldn’t do anything because our people were taken straight away taken to the Immigration Detention Centre and deported. Some of those people were unruly and we don’t have any issue with their treatment. Others were completely innocent of any wrongdoing, however, and oftentimes it came down to a misunderstanding of what was needed from them.

“Many times they had the proper documents but didn’t know what they were supposed to present. So I went to see high-ranking officials at the ministries of foreign affairs, Interior and Justice to request English translations of the relevant documents so that we can at least assist our citizens in understanding and fulfilling the visa requirements.
​
“Many Nigerians were arrested simply because they ​could not understand the documents written in Thai language or converse with the immigration police because of language barrier. Thereby contributing to the delay in renewing their stay permit and other related issues,” pointed out Ambassador Bamalli.