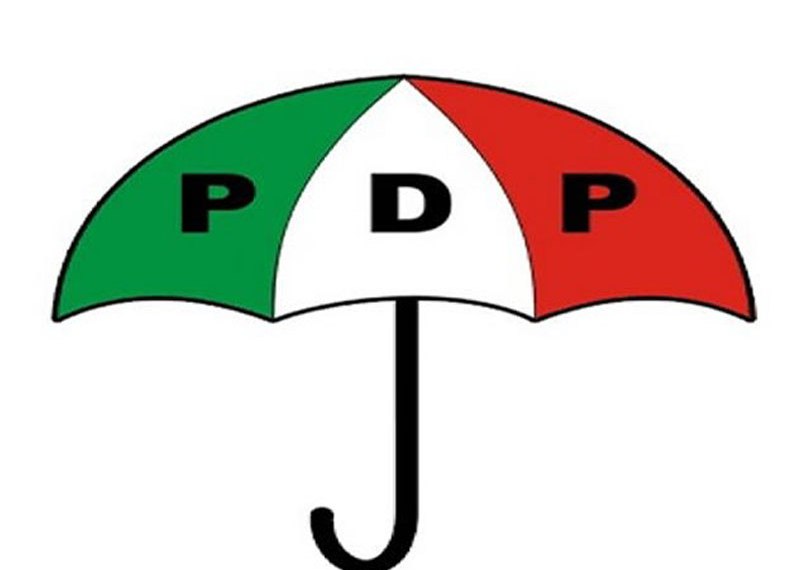 The 2023 presidential ticket of the Peoples Democratic Party (PDP) will be open to all party members, National Chairman Uche Secondus said on Saturday.

“Everyone who is qualified, young, old, governors and non-governors, is qualified and will have the opportunity to contest, and we have the space for everyone,” Secondus said in Bauchi.

His handling of the crisis in the party in the Southwest is not sitting well with governors elected on the platform of the party, its Board of Trustees (BoT) and some other prominent groups and individuals.

Secondus’ position appears to contradict the calculations in some quarters that the party would automatically zone the ticket to the South, as President Muhammadu Buhari would have completed two terms of eight years for the north.

Secondus, who said the PDP remained committed to zoning, said there would be no discrimination in picking the party’s presidential flag bearer in 2023.

He said: ”Zoning is entrenched in our constitution, and at the right time, you (reporters) will hear from us. However, the party is very democratic. There is no room for discrimination.”

Asked about the recent defection of former House of Representatives Speaker Yakubu Dogara and his supporters from the PDP to the APC following a disagreement with Bala, Secondus said the political space was wide enough for everyone to move as he wishes.

“There is no rift. The political space is so wide in Nigeria, and anyone that is not comfortable will move, and we have seen such moves before. They will move and come back. That is the assurance I want to give to you,” he said.

He said: “The situation is sad because bandits are carrying out atrocities and killing innocent people. The situation is improving in Sokoto, Zamfara and Kebbi states but the situation is getting worse in Katsina. I call on the President to take decisive steps to recruit more competent, qualified security personnel.

“The federal government should ensure that weapons are provided for the military to fight Boko Haram and give them their rights.

“The President must ensure that packages meant for soldiers reach them in terms of their rations, earnings, welfare and well-being. The Federal Government should deplore more ICT equipment to men at the forefront to forestall kidnappings and other crimes.”

Secondus’ statement is close to a recent statement by Governor Nyesom Wike of Rivers State who said the PDP would be guided in picking its presidential candidate by what it thinks would make it win.

“As an opposition party, we look at all variables,” Wike said.

He added: “What will make us win the election should come first. That is what is important to us. The ruling party can say that (zoning), but for the opposition party, there are variables.”

The Ohanaeze Ndigbo Youth Council Worldwide (OYC) said last month that it had information that the PDP planned to pick its presidential candidate for the 2023 election from the north. It cautioned the opposition party against such action, saying Igbo President in 2023 is not negotiable.

The President-General of the group, Mazi Okechukwu Isiguzoro, and the Secretary-General, Mazi Okwu Nnabuike, advised Igbo politicians against accepting the vice-president slot.

The group said it was alarmed that despite voting massively for the PDP since 1999, the party might be treating the Igbo as “cows that must not only be milked but used to death.”

In a statement, the group said: “The OYC is irrevocably committed to the advancement of the Igbo nation. In the struggle to protect, promote and prosper the life and livelihood of the average Igbo man, the council will speak with courage and act with wisdom.

“The OYC is committed to the idea that the Igbo man would thrive best in a restructured Federal Republic of Nigeria. What the Igbo man seeks is not a helping hand. The Igbo man demands a level playing field.

Govs, BoT, others disagree with National chair over S/West crisis
Governors elected on the platform of the opposition Peoples Democratic Party (PDP), the party’s Board of Trustees (BoT) and some other prominent groups and individuals are currently displeased with the national chairman of the party, Prince Uche Secondus, over the crisis rocking the zonal chapter of the party in the Southwest, it was learnt late Saturday night.

The Nation gathered that PDP governors, party elders and members of the PDP National Assembly Caucus, among others, are uncomfortable with Secondus’ handling of the face-off between Governor Seyi Makinde of Oyo State, who is the leader of the party in the Southwest, and former governor of Ekiti State, Ayo Fayose.

Many party leaders are accusing Secondus of encouraging Fayose who has been challenging Makinde’s leadership of the PDP in the zone.

He has repeatedly warned the Oyo State governor against interfering in party matters outside the state.

Four state chairmen of the party in the zone are with Fayose while the Southwest caucus of the National Assembly caucus supports Makinde. The party remains sharply divided in the zone.

Source said Fayose’s public whitewashing of Makinde, former deputy national chairman of the PDP Bode George and other leaders of the party in the zone at a campaign function in Lagos last week, only helped to add fuel to the crisis, forcing them to call on Secondus to rein in the former Ekiti State governor or have them to contend with.

One of the sources told our correspondent that efforts were on by prominent party leaders to resolve the issue in the interest of the party.

But he said alleged unwillingness of Secondus to withdraw his suspected support for Fayose’s camp is working against the efforts to reconcile the warring factions in the troubled zone.

“The issues in the Southwest today are largely about Fayose’s refusal to accept Makinde’s leadership of the party.

“There are strong indications that the former Ekiti governor enjoys the support of our national chairman and the NWC, and this has been condemned by leaders of the party after a stakeholders’ meeting planned to hold last week was called off.

“Recently, some governors of the party called off a visit to the zone following what they called the over indulgence of the Fayose camp by Secondus.

“They complained about the NWC’s handling of the intra-party disagreements in Ekiti, Ogun and Osun states where loyalists of Fayose got the nod of the national leadership of the party even when serious infractions were obvious.

“Even members of the party’s BoT and some other prominent leaders of the party have been calling on the national chairman to do more than he has done in his handling of the Southwest crisis.

“The BoT has also suggested that the party should promptly convene a stakeholders’ meeting to resolve the issues and affirm Makinde as the leader of the PDP in the zone.”

The caucus said it was supporting Makinde in his resolve to reposition the party in the region and urged the NWC to revisit some of its recent decisions and pronouncements in the zone.

The National Assembly South-West Caucus, which comprises senators and House of Representatives members elected on the platform of the PDP in the zone, asked Secondus to avoid unnecessary skirmishes in the forthcoming South-West congresses by firmly standing by Makinde as the leader of the party in the zone.

The Caucus accused Fayose and his supporters of flouting the constitutional provision of the party by not following due processes in the conduct of congresses in their various states.

This, they claim, has created parallel executives of the party in some South-West states. The caucus expressly warned Secondus and the NWC to stop recognising lists sent to them unless they have the consent of Governor Makinde.

Our source added: “Last week in Lagos, Fayose took PDP leaders in the zone to the cleaners at an event meant to promote the candidate of the party in the Lagos East senatorial rerun election.

“Even the candidate, Babatunde Gbadamosi, was so angry with the former governor that he wasted no time in verbally attacking him there and then.

“Many PDP governors who had earlier promised to come to Lagos for BOG’s campaign are now pissed off.”
(The Nation)