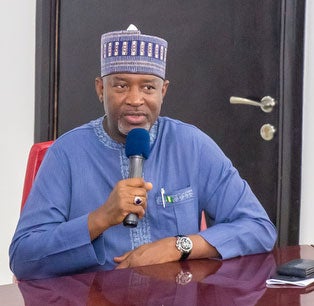 Minister of Aviation Senator Hadi Sirika has given the Federal Airports Authority of Nigeria (FAAN) and other Aviation agencies 45 days within which to relocate their corporate headquarters in Lagos to the Federal Capital Territory, Abuja in line with the Presidential directives given in 2012.

The order for the agencies to relocate to Abuja was contained in a – three paragraph letter issued on May 4,2020, by the Ministry’s Director of Human Resource Management, Muhammadu  Shehu, on behalf of the Aviation Minister, titled, “Relocation of Aviation Agencies Headquarters  to Abuja” and addressed to the Chief Executive Officers of the agencies.

“I am directed to remind you of a Presidential directive  issued in 2012 requesting all the agencies under the Ministry to relocate their corporate headquarters to  the Federal Capital Territory Abuja for efficient and effective coordination and enhanced service delivery between the Ministry and its agencies and to note that eight years after, the agencies are yet to comply”

“Accordingly, considering the current situation and economic impact worldwide, as well as the need to reduce cost of governance and manage scarce resources in a sustainable way,and further to the Honourable Minister’s earlier directives (copy attached) it has become imperative to request that you facilitate and complete the relocation exercise of your corporate headquarters to Abuja within the next forty five days in line with the earlier directives,” the letter stated.

It would be recalled that the idea to relocate these agencies was mooted in 2008, when the Federal Government   directed agencies under the Ministry of Aviation to relocate their corporate head offices to Abuja, a directive that was repeated in 2012 but was not enforced by the previous government.

The relocation order had then directed Nigerian Airspace Management Agency (NAMA), Accident Investigation Bureau (AIB), Federal Airport Authority of Nigeria (FAAN) and Nigerian Civil Aviation Authority (NCAA) to relocate their corporate headquarters to the FCT, with the exception of Nigerian College of Aviation Technology (NCAT)and the Nigerian Meteorological Agency (NIMET) that have had their offices in Zaria and Abuja respectively.

On the possibility of extending the deadline for the relocation order as a result of the prevailing ban on inter-state movements due to the coronavirus pandemic, the Minister’s Director of Public Affairs James Odaudu said that the directive was not a new one, but an implementation of an earlier Presidential directives given in 2008 and 2012 respectively.

He however declined to speak on a possible extension.

Some aviation stakeholders who spoke to SunriseNigeria on the issue believe that the relocation of the agencies’ corporate headquarters will augur well for proper coordination, as it will eliminate the frequency of travels by their CEOs each time the need for Ministerial consultation arises.